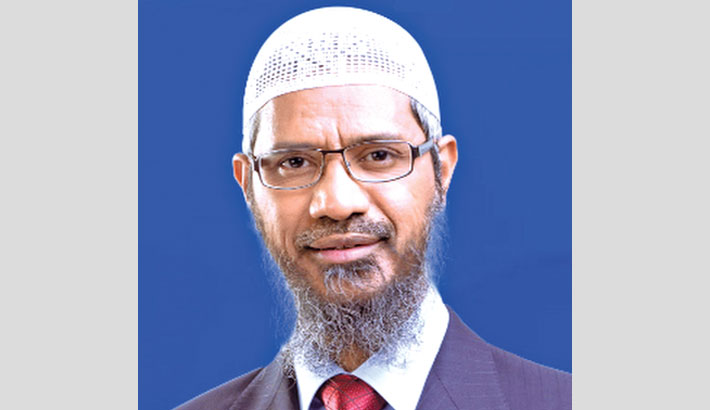 KUALA LUMPUR: A controversial Indian Islamic preacher apologised Tuesday for making comments about race in multi-ethnic Malaysia which sparked calls for his expulsion, a day after being questioned by police, reports AFP.

Zakir Naik, a radical television preacher who has called the 9/11 attacks an “inside job”, left India in 2016 and moved to largely Muslim Malaysia, where he was granted permanent residency. He is wanted in India for inciting extremism and money laundering, and New Delhi last year reportedly asked Malaysia to extradite him—a request that was rejected.

Calls have escalated for Naik to be kicked out after he said Hindus in Malaysia have “100 times” more rights than India’s Muslim minority, and suggested Chinese Malaysians should be expelled before he was.

He was questioned by police for 10 hours Monday on suspicion of committing an intentional insult aimed at provoking a breach of the peace.

On Tuesday, Naik said in a statement his detractors had taken his remarks out of context and added “strange fabrications”. But he went on: “It was never my intention to upset any individual or community.

“It is against the basic tenets of Islam, and I would like to convey my heartfelt apologies for this misunderstanding.”

Prime Minister Mahathir Mohamad has said Naik crossed the line and several cabinet ministers have called for him to be kicked out, while police have banned him from giving public talks anywhere in Malaysia, state news agency Bernama reported.

The government has in the past appeared reluctant to move against Naik for fear it could upset some Muslims and provide ammunition to political opponents.

About 60 percent of Malaysia’s 32 million inhabitants are Muslim and the country is also home to substantial ethnic Indian and Chinese communities.

In a July 2008 broadcast Naik—who founded the popular Peace TV channel—suggested that Al-Qaeda was not responsible for the September 11, 2001 attacks on the United States.

“Even a fool will know that this was an inside job,” he said in the video, claiming then-President George W. Bush was behind the plot.