Saudi Aramco asks banks to pitch for roles in IPO 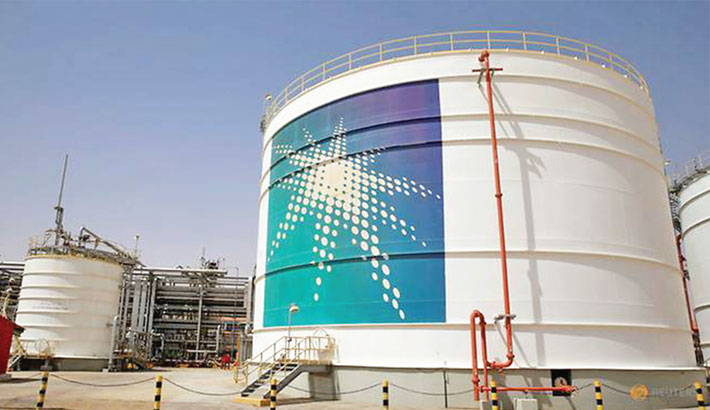 An Aramco oil tank is seen at the Production facility at Saudi Aramco's Shaybah oilfield in the Empty Quarter, Saudi Arabia recently.

DUBAI: Saudi Aramco has formally asked major banks to submit proposals for potential roles in its planned initial public offering, two sources said, in what could be the world's biggest IPO.

Aramco's planned IPO, which could potentially raise US$100 billion, is the centerpiece of Saudi Arabia's economic transformation drive to attract foreign investment and diversify away from oil, report agencies.

Request for proposals were sent to banks few days day ago, they said.

The formal IPO process follows Saudi Arabia's Crown Prince Mohammed bin Salman's comments in June that the government remained fully committed to the IPO, expecting it to take place between 2020 and early 2021, after it was postponed last year.

His comments triggered a series of approaches by international investment banks which wanted to be involved, Reuters had reported citing sources.

Work on the deal, which proposed a listing in Riyadh and an international exchange, was halted in 2018 when Aramco began a process to acquire a 70per cent stake in petrochemicals maker Saudi Basic Industries Corp .

A third source familiar with said the move to ask banks to pitch was a key step toward the IPO going ahead, unless market conditions worsen or there is some major geopolitical event to cause a further delay.

But the IPO may face some obstacles such as a rich valuation at a time of volatile oil prices.

Prince Mohammed had put a US$2 trillion valuation on the state company in early 2016 when he first proposed a share sale to diversify Saudi Arabia's economy beyond oil.

Some bankers and company insiders say the kingdom should trim its target to around US$1.5 trillion, Reuters reported earlier this month, citing industry and banking sources.

The IPO process could formalize roles for some of the banks that had been previously working on the transaction, one of the sources said.

Before the IPO process was halted, JPMorgan , Morgan Stanley and HSBC were picked to play a leading role in the world's biggest ever IPO when the plan was first announced in 2016. Boutique investment banks Moelis & Co and Evercore were also hired by Aramco as independent advisers, sources had said at that time.

State-run Aramco began publishing its results in preparation for its first international bond sales, which showed Aramco is the world's most profitable company.

Aramco also recently signed a letter of intent to take a 20per cent stake in Indian company Reliance's oil-to-chemicals business in one of the largest ever foreign investments in India.