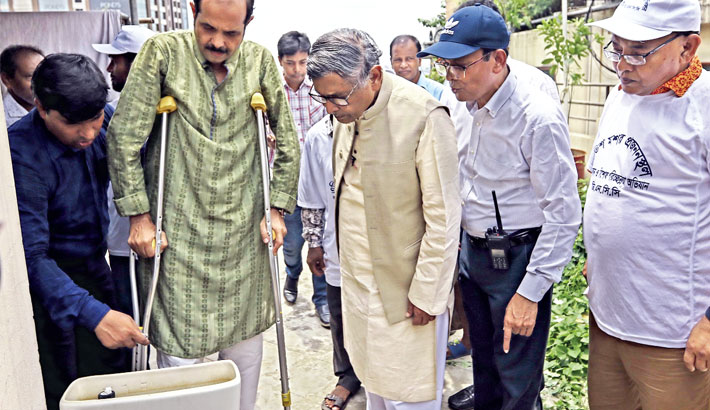 The Dhaka North City Corporation (DNCC) on Tuesday launched a tentative ‘combing drive’ to destroy Aedes mosquitoes in Guslhan-Banani area in the capital.

DNCC tentatively started the combing drive with 18 no. ward.

“I hope after first warning, the city dwellers will correct themselves. We will visit the hosue after 7-10 days. If we find the same again, we will take action against them,” he also said.

The 36 wards of Dhaka North have been divided into 10 sections, each with 10 sub-sections. The drive to annihilate Aedes mosquito larvae will run for two and a half hours every day over the next 20 days.

The DNCC plans to expand its operation to 18 new wards.

The mayor urged the councillors of Dhaka North’s 54 wards to make the operation a success. As many as 1,600 trained workers with 200 fogging machines took part in the operation. But if Aedes larvae are discovered in public and private offices, and commercial buildings, the owners will be fined instantly, he said.