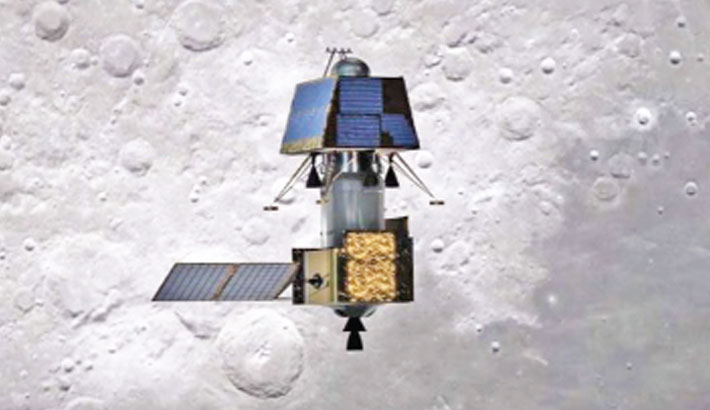 India’s Chandrayaan 2 spacecraft entered lunar orbit on Tuesday, executing one of the trickiest manoeuvres on its historic mission to the Moon, reports AFP.

After four weeks in space, the craft completed its Lunar Orbit Insertion as planned, the Indian Space Research Organisation (ISRO) said in a statement. The insertion “was completed successfully today at 0902 hrs IST (0332 GMT) as planned, using the onboard propulsion system. The duration of manoeuver was 1738 seconds,” the national space agency said. India is seeking to become just the fourth nation after Russia, the United States and China to land a spacecraft on the Moon.

If the rest of the mission goes to plan, the Indian probe will land on the lunar South Pole on September 7.

To enter the final orbit over the lunar poles, Chandrayaan 2 will undergo four more similar manoeuvres, with the next scheduled for Wednesday.

ISRO chief K. Sivan said the manoeuvre was a key milestone for the mission, adding he was hoping for a perfect landing next month.

“On September 7, the lander will land on the moon. Whatever is humanly possible, has been done by us,” Sivan told reporters. Tuesday’s insertion was one of the trickiest operations in the mission because if the satellite had approached the Moon at a higher velocity it would have bounced off and got lost in deep space.