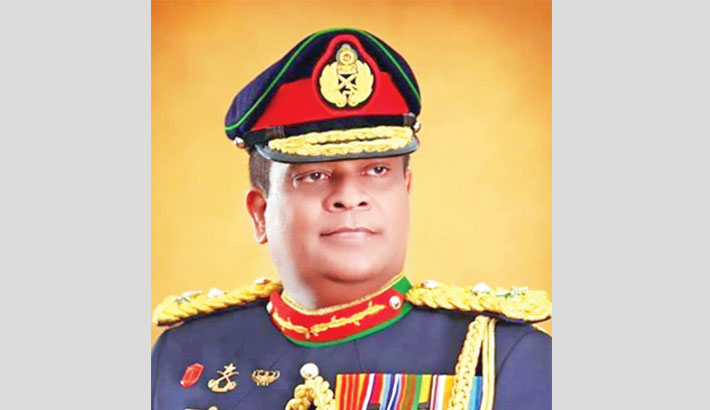 COLOMBO: A general accused of war crimes by the UN was Monday appointed Sri Lanka army chief by the nation’s president despite international concerns about his human rights record, reports AFP.

Major General Shavendra Silva, 55, was elevated to the army’s second-highest position of chief of staff in January before his latest promotion by President Maithripala Sirisena to commander of the Sri Lankan army.

“The president ... has appointed Major General Shavendra Silva as the 23rd commander of the army ...after promoting him to the rank of Lieutenant General,” the army said in a statement. The 55-year-old, who commanded an army division in the civil war, has been accused by the United Nations of war crimes during the final stages of the Tamil separatist conflict.

Sri Lanka’s armed forces crushed the separatist rebels in 2009 in a no-holds barred offensive that ended a 37-year war which killed 100,000 people. There were mass atrocities against civilians in Sri Lanka’s predominantly Tamil north towards the end of the conflict, with rights groups saying some 40,000 ethnic Tamils were killed by government forces.

The UN, in a report into the allegations, named Silva as playing a major role in orchestrating war crimes.

The International Truth and Justice Project, which has pursued war-era officials accused of crimes, said Silva’s appointment was “immensely damaging to the country”.

“After so much bloodshed Sri Lankans need to hold their leaders accountable in order to stop the repeated cycles of violence,” the head of the South Africa-based rights group Yasmin Sooka said in a statement. “Silva’s promotion, however, sends a message of total impunity.”