GoT author Martin says show ‘wasn’t very good’ for him 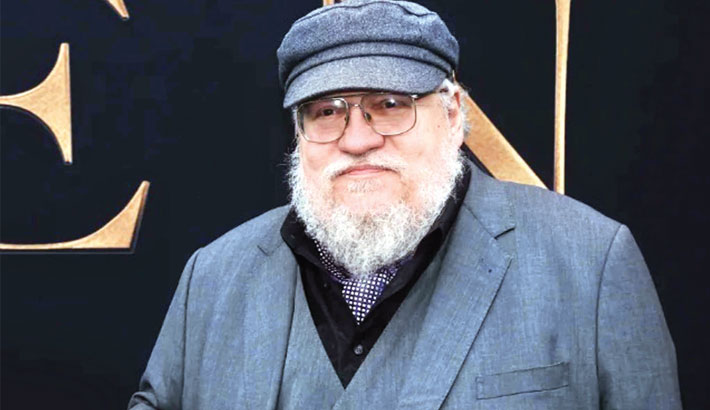 Game of Thrones author George RR Martin has said that he regrets not being able to keep up with the HBO TV adaptation of his books, and that he feels that the process of catching up to the show ‘wasn’t very good’ for him, report agencies.

Martin was speaking to The Observer when he was asked about the divisive final season of the show. “We shouldn’t talk about that,” he said about the series finale, which received widespread criticism for how it wrapped up eight seasons of storytelling.

“There were a couple of years where, if I could have finished the book, I could have stayed ahead of the show for another couple of years, and the stress was enormous,” he said. “I don’t think it was very good for me, because the very thing that should have speeded me up actually slowed me down. Every day I sat down to write and even if I had a good day – and a good day for me is three or four pages – I’d feel terrible because I’d be thinking: ‘My God, I have to finish the book. I’ve only written four pages when I should have written 40.’ But having the show finish is freeing, because I’m at my own pace now. I have good days and I have bad days and the stress is far less, although it’s still there… I’m sure that when I finish A Dream of Spring you’ll have to tether me to the Earth.”

While Martin was ready to admit that the ‘show changed my life’, he did admit that it came with its own setbacks. “They’re not the same thing,” he said, “although they are very closely related to each other” Game of Thrones ended this year after eight, record-breaking seasons. Creators David Benioff and DB Weiss recently signed a multimillion dollar deal to produce original films and shows at Netflix. HBO, meanwhile, has several Game of Thrones prequels in various stages of production. The first, run by Jane Goldman, recently filmed its pilot with star Naomi Watts in the lead.