Milad for Bangabandhu held at PMO 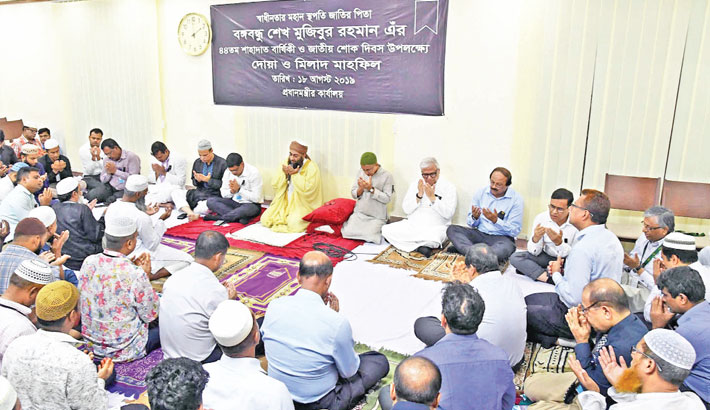 A munajat was offered at Prime Minister’s Office on Sunday marking the National Mourning Day and 44th anniversary of assassination of Father of the Nation Bangabandhu Sheikh Mujibur Rahman. - PID photo

A milad and doa mahfil was held at the Prime Minister’s Office (PMO) on Sunday, marking the 44th martyrdom anniversary of Father of the Nation Bangabandhu Sheikh Mujibur Rahman and National Mourning Day, reports UNB.

PMO Secretary Sajjadul Hassan and other officials and employees of the PMO were present at the milad mahfil held after Zohr prayers.

A special munajat was offered seeking eternal peace of the departed soul of Bangabandhu and other martyrs of the August 15 carnage and continued peace, progress and prosperity of the nation.