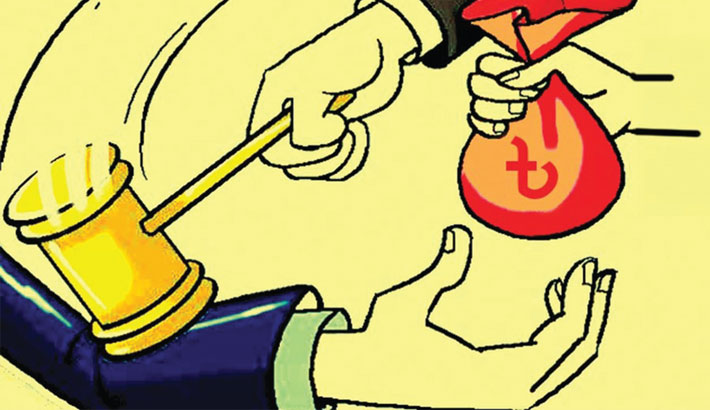 By the term competition or antitrust policy, economists usually mean intervention of public authorities for ensuring competition in the markets. The main aims of competition policy are to promote competition; make markets work better and contribute towards improved efficiency in individual markets and enhanced competitiveness. Competition is an essential element in the efficient working of markets. It brings important benefits to the consumer by encouraging enterprise, innovation, efficiency and a widening of choice, enabling consumers to buy the goods and services they want at the best possible price; and contributing to our national competitiveness. Competition policy seeks to encourage and improve the competitive process and to ensure that consumers feel the benefits of that process. In the context of rapid economic development of Bangladesh, it was expedient and necessary to enact a law to promote, ensure and sustain a congenial atmosphere for the competition in trade, to prevent, control and eradicate collusion, monopoly and oligopoly, combination or abuse of dominant position or activities adverse to the competition. There are four key pillars of competition policy in Bangladesh such as Antitrust & cartels, Market liberalization, State aid control, and Merger control.

Bangladesh has successfully passed the criterion to be a developing country and the long term vision of the country is to be a developed country by 2041. Therefore, we need to make the desired growth through increasing investment by reducing unequal competition in the trade and business by ensuring the availability of products and services of the common people at the competitive price and to get the maximum utility of the product. Therefore, it is essential to create a healthy competitive environment in the market. The goal of the Bangladesh Competition Commission is to create equality in the market by creating sustainable competition in the economy, ensuring consumer interest and best practices in the market. The Parliament of Bangladesh passed the Competition Act, 2012(Act no. 23 of 2012) on 21st June 2012 by repealing the previous Monopolies and Restrictive Trade Practices (Control and Prevention) Ordinance, 1970 (the "MRTP,1970"). There are as many as 46 sections in the Act. To achieve the objectives of the Act, the Government has formed the Bangladesh Competition Commission under the provisions of section 5. According to Section 7 of the Act, the Commission will consist of 1 Chairperson and 4 members and necessary officials.

The Functions of the Commission include elimination of  practices having an adverse effect on competition in the market, to promote and to sustain competition and to ensure freedom of trade; enquiry into, either on receipt of any complaint or on its own initiative, anti-competition agreements, dominant position and practice of the enterprises; enquiry into other offences specified under this Act and to sue and conduct them accordingly; making rules, policy, instructions of notifications or administrative directions relating to competition, and to give advice and to assist the Government for implementation thereof; preparing necessary plan of actions for developing awareness among the people about the matters relating to competition by way of dissemination, publication and any other means; awareness by way of conducting research, seminar, symposium, workshop and other similar means about the anti-competition agreement and activities and to publish and dissemination of the result of such research and to give recommendations to the Government for their effective implementation, reviewing the actions taken under any other law for the consumer rights protection and implementation;

In order for the effective implementation of the Act, we need to understand what effective competition is, which the Act fails to address. Although the Act sets out when an agreement would be said to have an adverse effect on competition, and when an enterprise will be deemed to abuse its dominant position in the market, however things become vague when it comes to the effect of acquisitions, mergers, take-overs, or amalgamation, which together have been defined as ‘combination' in the Act. The Act merely states that combinations which "causes or is likely to cause an adverse effect on competition in the market of goods or services shall be prohibited", but it is unclear as to what standards are to be used by the BCC for determining the effect of a combination on the market. There are multiple ratios for measuring the competitiveness of a relevant market, such as Company Concentration Rate (CRn), Herfindahl - Hirschman Index (HHI), Lorenz Curve, Gini Coefficient, Rosenbluth Index, Entropy Index, Linda Index, Horwath Index, Lerner Index, etc., each ratio factors in different indicators for measuring competition. Therefore, in order to make the Act operational and increase the capacity of the BCC, we need to first determine what effective competition is for any relevant market, and how to measure and assess such competitiveness. This can be done by enacting relevant rules and/or regulations, the power of which has been given to the government and the BCC respectively. Independence of competition commission: There is an extensive consensus among the ‘competition community' that competition authorities should not only be independent of the business community but also from the executive branch of the government. Under the Act, the Chairperson and members of the BCC are to be appointed by the government, specifically, the Ministry of Commerce and the BCC is accountable to the government in discharging its duties. Furthermore, the government has the power to remove the Chairperson on the ground of abuse of his position in such a way that it renders his continuance in office in the opinion of the government to be prejudicial to the public interest, among other grounds for removal. The BCC is to submit its budget to the government for the next financial year, and the government retains the power to approve such budget; the BCC need not take prior approval of the government before spending from such approved budget, as long as it is being spent in the approved and specified head; and the Comptroller and Auditor General of Bangladesh shall audit the accounts of the BCC every year and submit a copy of the same to the government. It may be interesting to note here that according to the BTI 2018 Country Report on Bangladesh, the BCC was provided only BDT 1.1 million to maintain its office. The Independence from the government for a country's competition authority such as the BCC would mean structural, operational and functional independence. Structural independence meaning a complete separation from ministries of the government, for example, the US Federal Trade Commission, which reports to the US Congress and is structurally independent; in the absence of which undue influence may be assumed. On the other hand, the freedom to investigate and take appropriate actions indicates the operational independence of a competition authority, while indicators for functional independence would include the procedure for appointment and dismissal of the head. Co-ordination between the Competition Commission and other laws and regulatory bodies: First, the provisions of the Act are complementary to other special laws relating to trade practices currently in force, such as the Essential Articles (Price Control and Anti-Hoarding) Act, 1953, Special Powers Act, 1974, etc. under which anti-competitive agreements are punishable as well. It is interesting to note that in the recent High Court Division case of Robi Axiata Limited v. Registrar of Joint Stock Company (Company Matter No. 231 of 2015) for sanction of the scheme of amalgamation under the Companies Act, 1994, although the BTRC played a major role in the case, including answering issues regarding competition and consumer protection raised by Consumers Association of Bangladesh. In the future, whether or not the BCC would be made a party to a case filed under Sections 228 and 229 of the Companies Act, 1994 for approval of schemes of amalgamation by the High Court Division, and whether or not it would have any authority to approve or reject such scheme.

The immediate necessity is to make a Competition Rule under the Act. The successfulness of BCC and the effectiveness of the Act depend on how the Commission is strengthened and equipped with adequate manpower, vehicles and empowered for enforcement of the legal provisions thereof.