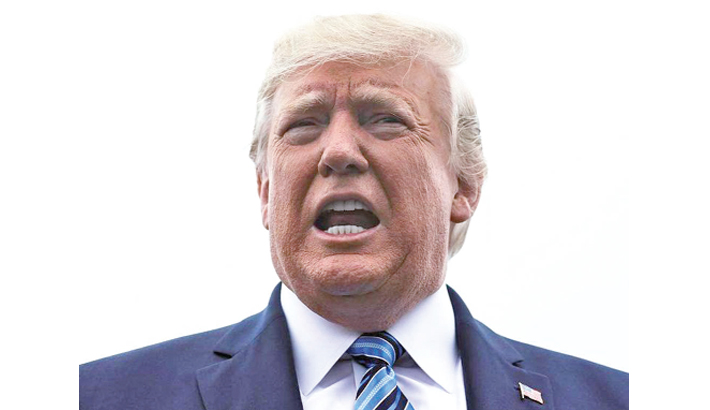 Moscow: US President Donald Trump’s sanctions against Iran and Venezuela have inadvertently increased demand for a Russian brand of crude oil, boosting revenues for the nation’s exporters.

Russian oil companies received at least $905 million in additional revenues between November and July, data compiled by Bloomberg show. The calculation is based on difference between the Urals spread to the Brent benchmark over the period compared to the five-year average, report agencies.

The sanctions added to a jump in demand for Russian crude in the wake of output cuts from the Organisation of Petroleum Exporting Countries and their partners. As a result, Russia’s Urals blend of crude has started to regularly trade at a premium to Brent.

“There is a shortage of competing heavier, sourer crude right now as a result of sanctions on Iran and Venezuela, but also because of Opec+’s current production cut agreement,” Konstantsa Rangelova, analyst at JBC Energy, said by email. “Urals in the Mediterranean is at an all-time high.”

The Bloomberg calculations are based on terminal data, oil loading programs for Russian ports and information from a trader monitoring S&P Global Platts oil assessments. The estimate doesn’t include any of the overall effect on Brent prices from Trump’s policies or the Opec+ deal, just the shift in relative prices.

The US announced sanctions against Venezuela in late January and removed the remaining waivers for buyers of Iranian oil from May. The measure created a shortage of the heavy, sour kind of crude that the two export, a variety similar to that produced in Russia.