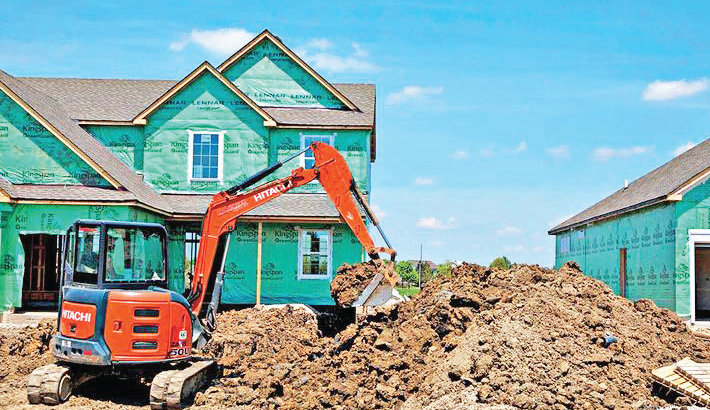 A worker operates a Hitachi Construction Machinery Co. excavator to dig a trench outside a new home under construction at a Lennar Corp. development in Montgomery, Illinois, US.

WASHINGTON: US homebuilding fell for a third straight month in July amid a steep decline in the construction of multi-family housing units, but a jump in permits to a seven-month high offered hope for the struggling housing market.

The housing market has not benefited much from declining mortgage rates because of land and labour shortages, which are constraining builders’ ability to construct sought-after lower-priced homes. Housing is one of the weakest spots in the economy, which in recent days has seen a heightened risk of recession, report agencies.

Housing starts dropped 4.0 per cent to a seasonally adjusted annual rate of 1.191 million units last month, the Commerce Department said on Friday. Homebuilding was likely disrupted by Tropical Storm Barry, which drenched Louisiana in the middle of July.

Data for June was revised down to show homebuilding falling to a pace of 1.241 million units, instead of dropping to a rate of 1.253 million units as previously reported.

Economists polled by Reuters had forecast housing starts would edge up to a pace of 1.257 million units in July.

US stock index futures held gains after the release of the data.