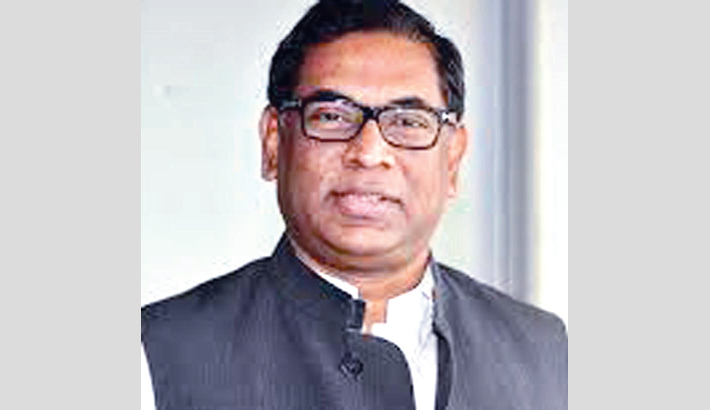 Relentless efforts were underway to ensure safe and secured energy in the country alongside uninterrupted electricity at affordable price to all.

He said the government has undertaken various projects including short, mid and long term projects to fulfill energy demand in the country by increasing domestic production and importing energy from abroad for making the country a developed one.

“Plan has been taken to replace dilapidated gas pipelines of Titas in the city with new ones, and to introduce smart prepaid metres for consumers within the next three years,” a ministry official said. He said Titas is now busy for preparing design to replace gas pipeline.

Besides, on an average power generation reached up to 9,274 MW against the current demand per day and 12,893 MW was the highest generation in the country on May 29, 2019.

According to ministry information, currently power generation capacity reached to 22,059 MW and system loss brought down to 11.87 percent.

It said the government has been supplying 3,300 mmcfd natural gas against current demand for 3,658 mmcfd in the country, while the government has installed Liquefied Natural Gas (LNG) terminal and other facilities to ensure energy security through importing LNG. The installation capacity is now at 1,000 mmcfd for the LNG terminal and floating storage re-gasification unit (FSRU) and the gas demand will be fulfilled in the near future after importing LNG as per the capacity, the ministry information said.

Presently, the gas reserved in the country is at 11.02 trillion cubic feet, while 60 percent gas is being supplied for power generation. In the same time, 7,962 million tonnes of coal is reserved in the five coal mines, of which on an average only 3,000-3,500 tonnes of quality bituminous coal are lifted from Barapukuria coal mine per day.

During the last one decade under the dynamic and bold leadership of Prime Minister Sheikh Hasina the production and supply of the natural gas in the country has been increased and drilling, exploring new gas fields along with importing Liquefied Natural Gas (LNG), the state minister said.

He said Sheikh Hasina’s government always gives priority to ensure energy security in the country and supply uninterrupted electricity at affordable price. In January 2009 the daily production of natural gas was only 1,744 million cubic feet and the same has been increased to 3,300 million cubic feet including LNG at the moment. The people have started reaping the benefit of the increased gas production.

In 2021 will be the Golden Jubilee of Bangladesh’s independence and the main programme of the government ‘Mujib Year’ is ensuring access of “power to all”. Some 94 percent of the population is now under grid and non-grid power supply coverage.