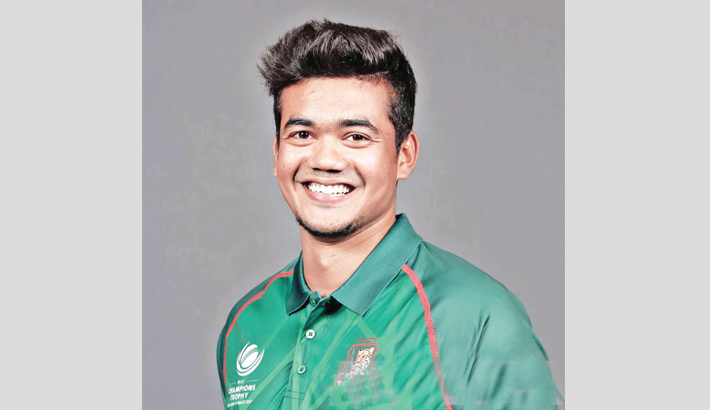 Bangladesh pacer Taskin Ahmed is looking forward to make his presence felt in the preliminary camp as he is confident with his performance in the just concluded tour to India with Bangladesh A team.

Taskin bowled 73 overs in last two four-day matches and given that he is returning from an injury, it surely is a matter of great satisfaction for the pacer.

Taskin was included in the national team for the tour to Sri Lanka but failed to make it into the playing eleven.

“I am happy with my return to the national team. I was injured for more than one and half year. I tried to make myself fit and I am thankful that I was with the team in the last series. Maybe I did not get to play but if I’m fit and improve in every department I hope more opportunities will come,” Taskin told on Sunday.

After being snubbed from Tigers’ squad for ICC World Cup 2019, pacer Taskin put an impressive performance with BCB XI during the Dr (Capt) K Thimmappaiah Memorial Tournament in India and as a result the right handed pacer was included but dropped out of action during the thee-match ODI series against the Lankans but featured only in the pre-series practice match where he took a wicket in 8 overs with 7.13 economy.

Despite being just a part of the squad during the tour, Taskin feels more opportunity will come if he can improve himself in all departments as he focuses all his attention towards Tiger’s upcoming home series where he will try to seize every opportunity giving his best for the national team.

“My main focus is in the camp. I will try to give my best. If I get any opportunity I will grab that opportunity,” Taskin told.

“I performed well in India, I became fitter. But I think there are more areas to improve. I was included (Sri Lanka tour) as reward (of performing in India) and it was a big achievement for me. I hope more opportunities will come. I’m focusing on my improvement. Rest depends on the luck,” concluded Taskin.