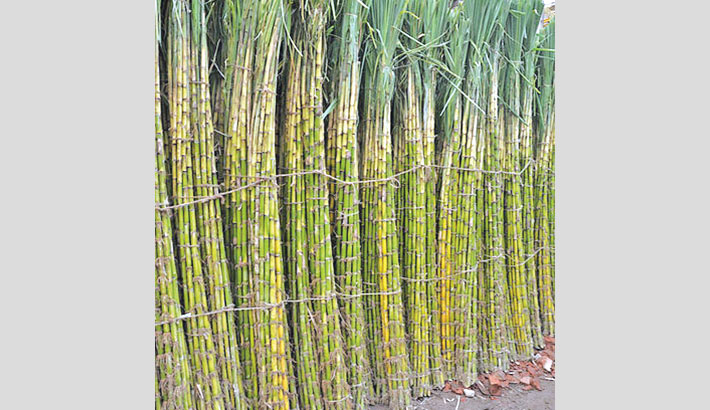 RAJSHAHI: Chairman of Bangladesh Sugar and Food Industries Corporation (BSFIC) Azit Kumar Paul has urged the farmers to boost sugarcane farming and supply those to the sugar mills spontaneously in the greater interests of existence of the mills.

“Boosting acreage of sugarcane farming and supplying those to the mills can be the vital means of survival of the mills,” he identically mentioned while addressing a view-sharing meeting with farmers and others concerned at conference hall of Rajshahi Sugar Mills Limited (RSML) here on Friday as the chief guest.

With RSML Managing Director AMM Matiullah in the chair, the meeting was addressed, among others, by Agriculturist Mosharraf Hossain and Engineer Abdur Rouf Khan.

BSFIC Azit Paul said successful promotion of modern technologies is very vital to boosting sugarcane production in the region including its vast Barind tract to meet its gradually mounting demand.

Modern technologies developed by Bangladesh Sugarcane Research Institute (BSRI) can be effective means of boosting sugarcane farming and its production as suggested by sugarcane scientists and researchers.