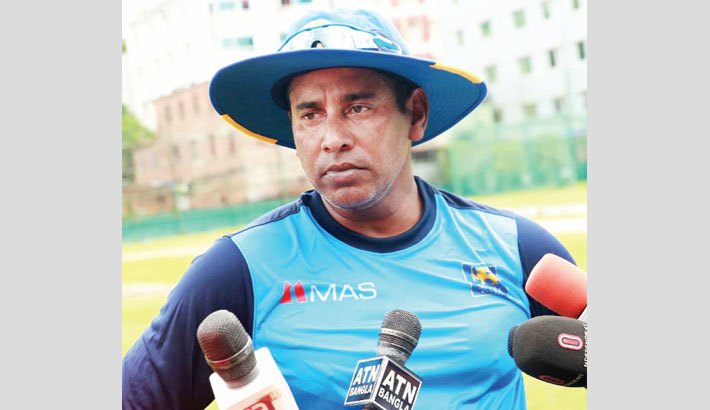 Former Sri Lankan pace bowler Chaminda Vaas said that he is excited to be part of Sri Lanka’s emerging set-up and looking forward to make the most of it as their head coach.

Ahead of Bangladesh Emerging (HP) team’s thee one-day and two unofficial Tests against Sri Lanka Emerging Team, Chaminda Vaas, the Lankan Emerging team’s head coach said the series between these two sub-continental emerging side, is going to be exciting.

After retiring from Test cricket in 2009 and from ODIs and T20is in 2011, the left armed fast bowler was appointed as head coach of Sri Lankan Emerging team on May 14, 2019. And after his appointment, the Lankan emerging players performed really well during their South Africa tour when they became champions at the Tri-nation one day series against South Africa Emerging team and University Sports of South Africa on July, this year.

“It is a new role, yes of course. It’s a great honour to work as head coach of these young, exciting cricketers from Sri Lanka. These guys played very well in South Africa. They are so energetic and very skillful. Even the young Bangladeshi guys are really good as well. It’s going to be an exciting tournament. I am looking forward to the tournament,” Vaas, the former Sri Lankan ODI skipper told.

“I’m really enjoying. Like I said you know these guys are very exciting and very energetic and they are doing really well. I look forward to see them performing in the middle. They had a good tournament in South Africa. So I really, really would like to see their performance and I’m really pleased with them,” he added.

Since his debut in 1994, the 45-year-old former Lankan pacer took 761 wickets till his retirement. The former Sri Lankan ODI skipper also has 3089 runs and 2025 runs in ODI. After serving his national team for almost 20 years and being a local coach, Vaas thinks, it is a good way of giving something back to Sri Lanka by sharing his playing experience with Lankan youngsters as he sounded happy and hopeful with depth that the Sri Lankan players have in their batting and bowling.

“Well, I played for 20 years for my country and did really well for my country. So it’s good to pass my knowledge and experience on to these youngsters and it’s good to give something back to the nation. Being a local I’m sure these boys are learning a lot from local coaches,” Vaas told.

“It’s a good thing to work with local coaches. It’s important to put them in the right track across the team. My main strength is discipline. I played for 20 years for my country courtesy of discipline. Same message I’ve put across to these youngsters as well. They absorb it and they are doing very well,” he added.