Bangabandhu, a ‘Friend of World’ 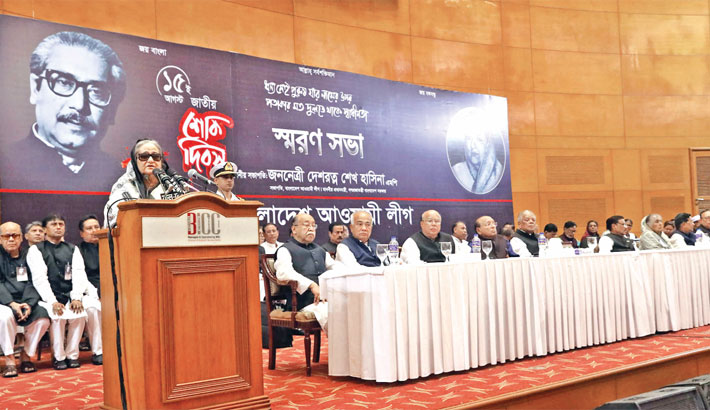 The 44th martyrdom anniversary of Father of the Nation Bangabandhu Sheikh Mujibur Rahman and National Mourning Day were observed at the United Nation headquarter in befitting manner for the first time in its history.

Permanent Mission of Bangladesh to the United Nations arranged the programme at the UN Headquarters in New York on Thursday marking the day, said a press release on Friday.

As a global leader, he had played an outstanding role in achieving UN membership of Bangladesh, highlighting a newly born nation to the world and advancing pluralism, he said.

Permanent representatives of different countries to the UN, diplomats, UN officials, rights activists and writers, among others, joined the mourning day programmes.

Earlier in the day, the national flag was hoisted at half-mast atop Bangladesh Permanent Mission to the UN.

A milad and doa mahfil were held seeking eternal peace of the departed souls of Bangabandhu and his deceased family members.