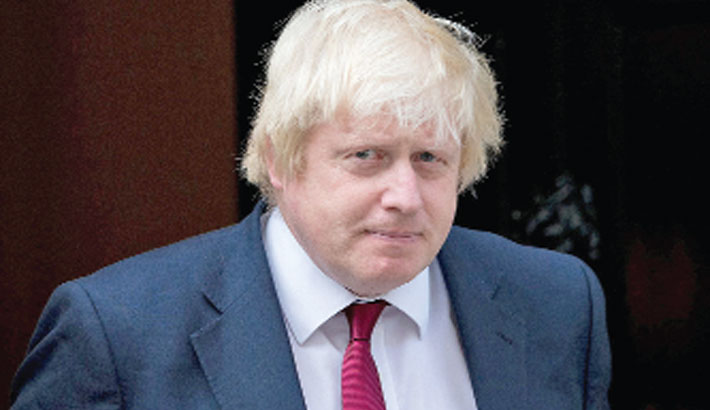 The Labour main opposition leader said once in power, he would seek to delay Britain’s October 31 exit date from the European Union and then call a general election.

Corbyn—the only person who can trigger a vote of no confidence in Prime Minister Johnson’s government—will do so after MPs return to parliament on September 3, if he feels sure of victory.

Conservative PM Johnson has pledged to take Britain out of the EU on October 31, without a divorce deal if one cannot be agreed with Brussels.

With time running out, MPs opposed to Brexit, or at least to a no-deal departure, are scrambling for viable plans to stop Johnson in his tracks.

In a letter to other opposition leaders and leading rebel Conservatives, Corbyn said his plan “can halt the serious threat of no deal, end the uncertainty and disarray, and allow the public to decide the best way ahead”.

While the Scottish Nationalists, the second-biggest opposition party in parliament, welcomed the idea, the Liberal Democrats, the next-biggest, dismissed it as “nonsense”, saying Corbyn could not lead the charge.

Corbyn has pursued so-called “constructive ambiguity” over Brexit—and many of his own Labour MPs are queasy at the idea of the veteran leftist becoming prime minister.

Liberal Democrat leader Jo Swinson urged MPs to back a law stopping Britain leaving the EU on October 31 without a deal, and request a delay to the departure date in order to hold another referendum.

She does want to oust Johnson through a no-confidence motion and install an emergency government.

But rather than Corbyn or even herself, she suggested it could be led by the longest-serving male or female MPs in the house.

Labour’s business spokeswoman Rebecca Long-Bailey insisted Corbyn’s plan was “the simplest and most democratic way of avoiding a no-deal situation”.

She said the notion could prevent Johnson from calling a general election for after October 31.

“We have to stop no-deal,” she told BBC radio.

A Downing Street spokesman said Corbyn would “overrule” the 2016 referendum vote to leave the EU, and “wreck the economy”.

If Johnson lost a vote of no confidence, that would trigger a 14-day period, by the end of which either he, or another figure, must be able to show they can command a majority in the Commons.

If not, a general election must be held—with Johnson having sway over the date.

The Britain Elects opinion poll aggregator puts the Conservatives on 30 percent, with Labour on 25 percent, the Liberal Democrats on 18, the Brexit Party on 15 and the Greens on six percent.

Johnson succeeded Theresa May as leader of the governing Conservatives last month on a promise to take Britain out of the bloc by the twice-delayed deadline.