NASA descends on Icelandic lava field to prepare for Mars 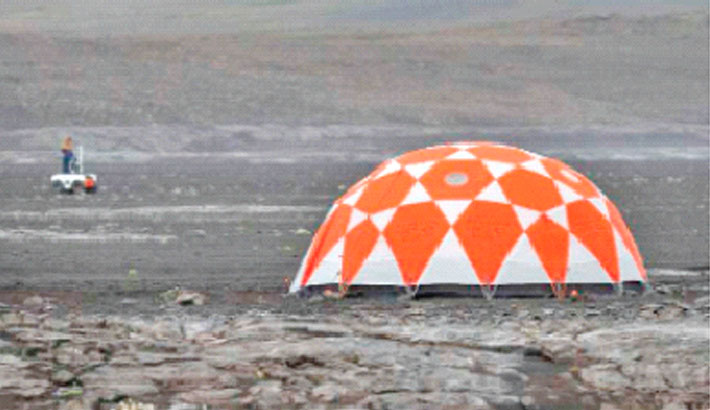 THE LAMBAHRAUN LAVA FIELD: To prepare for the next mission to Mars in 2020, NASA has taken to the lava fields of Iceland to get its new robotic space explorer ready for the job, reports AFP.

With its black basalt sand, wind-swept dunes and craggy peaks, the Lambahraun lava field at the foot of Iceland’s second biggest glacier, Langjokull, was chosen as a stand-in for the Red Planet’s surface.

For three weeks, 15 scientists and engineers sent by the US space agency descended on the site, 100 kilometres (62 miles) from the capital, Reykjavik, last month to develop a prototype.

It will aim to continue the work of the “Curiosity” rover, which has been exploring Mars since 2012 in search of signs of ancient life and making preparations for human exploration.

Experts say that Iceland, a volcanic island in the middle of the North Atlantic, is in many ways reminiscent of the fourth planet from the Sun.