Ocean acidification and its effects 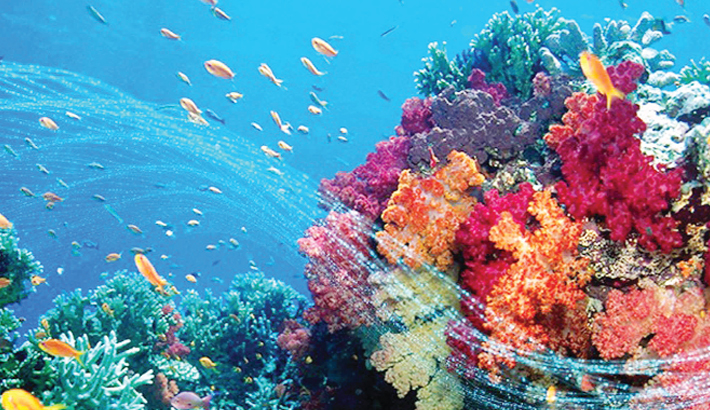 Fossil-fuel combustion releases carbon dioxide to the atmosphere, leading to a warmer climate. Increasing atmospheric CO2 is changing the ocean’s chemistry globally, as one-fourth of the anthropogenic CO2 is absorbed by the ocean. In addition, ocean absorbs CO2 from the respiration and breakdown of dead organic matters. When CO2 dissolves in seawater, it forms carbonic acid, decreasing both ocean pH and the concentration of the carbonate ion. 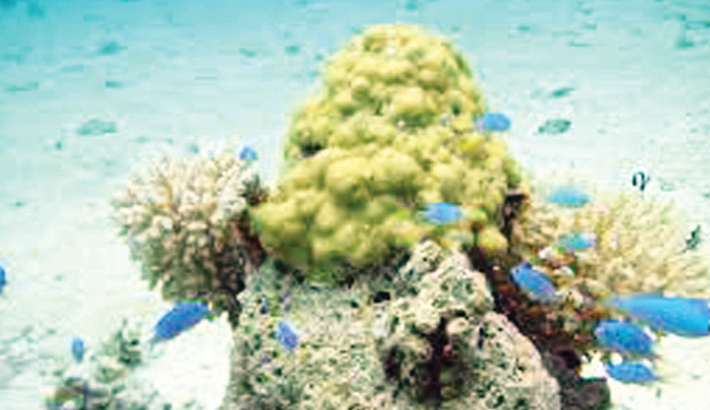 Ocean acidification is increasing due to CO2 absorption by the sea from the air, thus the PH value of sea water increases and carbonate ions decreases. At the beginning of the industrial revolution, the amount of CO2 in the air was at 280 ppm, currently it is at 385 ppm. According to the IPCC, it can be up to 500-1000 ppm after the current century. After absorbing 30 per cent of this carbon dioxide (CO2) by the ocean, absorbed CO2 releases hydrogen ions by reacting with sea water, which reduces carbon dioxide amounts and decreases.

At the beginning of industrial revolution, sea water PH was 8.3, it fell down to 7.9-8.0 in the late 21st century. 80 per cent of all living organisms live in the sea. The amount of oxygen produced in the world is 50 per cent of the sea. Millions of people rely on the sea for their livelihood and food. For example, tropical coral reefs provide food, income and security to 500 million people.

If the amount of CO2 in the air is 1000-1300 ppm, then the amount of coral bleaching will increase by 20 per cent. It has been found that CO2 at 80-800 ppm increase the shell and decrease the thickness of oyster larvae and 42 per cent of its calcium content can be reduced. If the value of pH is 7.5, then 100 per cent crab species can die within 95 days. The ocean acidifies due to the decrease in the growth of oysters, gastropods. Even though the fish does not have calcium shell, the excess acid reduces their physical growth and creates problems in the otolith.

The number of biodiversity will decrease due to the source of acidity and the shell fish receptors will fall into problems. Firstly, two Californian water scientists presented this issue. They said that the amount of carbon dioxide can be up to 2000 ppm in the next three centuries, which can reduce the pH of the sea water to 0.77. However, a large amount of organisms will lose their existence.

A robust observing network is needed to establish a baseline and to detect and predict biochemical changes (i.e. from organism to ecosystem level) attributable to acidification. To develop the observing network, it is necessary to identify the appropriate chemical and biological parameters to be measured by the network, ensuring data quality and consistency across space and time.

• Integrate the researchers of natural and social sciences to help mitigate ocean acidification and to develop adaptation strategies, taking into account the potential impacts on both natural resources and human, including socioeconomics.

• Total costs of abating CO2 emissions, and of carbon capture and storage/sequestration should be considered and evaluated.

•Coordinate and strengthen the regional and national research on the impacts of ocean acidification, including sharing of research infrastructure, resources and knowledge base.

Many of the approaches for ocean acidification research are new and there are currently no common guidelines for best practices. Therefore, it is important to develop common standards so that research carried out by different investigators can be easily compared.