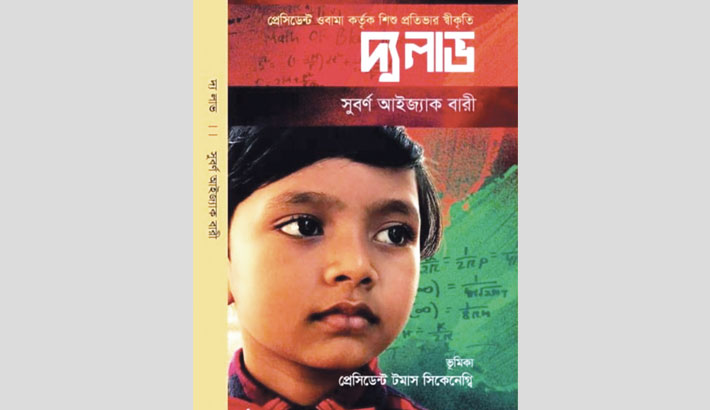 I go to the Mosque every Friday to pray Namaaz with my fellow Bengalis in New York. While I often disagree with the Imam’s preaching, I seldom protest. In the mosque, I raise my hand; on the street, I raise my voice; and at school, I raise my pen.

Seventy-six countries, 1,043 bookstores, and Bangladesh. That’s what it took to sell one million copies of The Love. Among those 1,043 sellers were renowned Ivy League bookstores, including those at Harvard and Oxford University. A million copies is no easy feat for a book written by a six-year-old; it is proof that the pen is mightier than the sword.

To celebrate the milestone, I traveled to Washington DC’s B.E.S.T event, where two young students interviewed me in front of thousands of entrepreneurs, executives, and innovators.

“Why did you write this book at such an early age?” the moderator asked.

I responded frankly, “I felt obligated to write the book given my experiences with Imams and American Muslims at an early age.”

Afterward, I explained to the crowd that twenty events informed my writing of my book. I elaborated that my book, The Love, sought to dismantle terrorism by proliferating math and science throughout the world. I felt hope when I saw hundreds of people lined up to receive my autograph, because if the youths of today’s world denounce terrorism, there is no terrorism.

Eventually, I came to the realization that science-based education is the only means of eradicating terrorism, which I explained to Dr. Linda Gonzalez, chair of the mathematics and computer science department at York College, who recently interviewed me at the City University of New York. 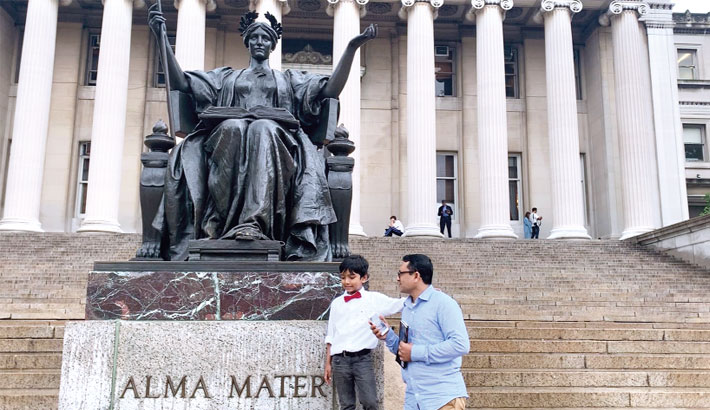 During the hour-long interview about The Love, Dr. Gonzalez asked me the philosophy behind my book, as well as my motivation for writing an anti-terrorism book at such a young age. Dr. Gonzalez was impressed by my words, as well as my intellectual talent in the fields of math, physics, and computer science. I told Dr. Gonzalez that although my book was published in the United States, my anti-terrorism revolution initially gained momentum in Bangladesh when two Muslim women, Sadiyan Lima (Dhaka University) and Farjana Marjia (Jahangirnagar University) joined my campaign The Love. Millions of students in Bangladesh followed in the footsteps of Sadiyan and Farjana. In fact, I wrote this book to tell the world that Muslim women are on the front lines in the war against terrorism.

Khaled Hossaini took note of my activism upon learning of my ambition to eradicate terrorism from the world. Dr. Hossaini—the author of Kite Runner, A Thousand Splendid Suns, and The Mountains Echoed, books that have sold over sixty million copies total—praised me for my anti-terrorism activities, including the publication of The Love. Dr. Hossaini expressed interest in personally meeting me to receive a copy of my book. However, despite all my success with The Love, I was still unhappy for not being able to publish the Bangla version of the book. 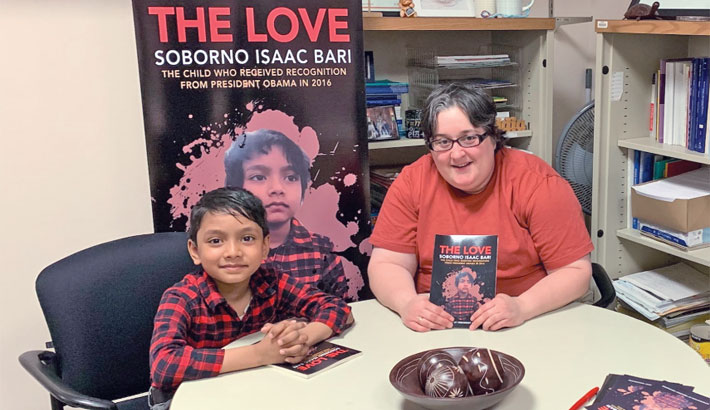 This is why I was overjoyed when I learned Jewel Redwanur, from the Bangladeshi publisher Nalonda, wanted to publish my book. On June 15, 2019, Redwanur came to the United States to meet me at Columbia. The next day, we went to York College, where I introduced him to York College President Marcia V. Keizs. President Keizs was delighted to see me and took two signed copies of The Love. We went back to Columbia to sing the Bangladesh national anthem in front of the Physics Department in Pupin Hall, where Leo Zilard and Fermi invented the atomic bomb in 1938 using Einstein’s E=mc2.

“Is everything OK with you, Jewel?” I asked.

“Why are you crying?”

“One hundred sixty million people of Bangladesh want to sing this song with you. I came to the United States to invite you to make a trip to Bangladesh.”

I nodded my head as I realized that my eyes were also filled with tears.

I told Redwanur that the equation of this book would change from one pen, one book, one child to 160 million pens, 160 million copies of The Love, and 160 million people.