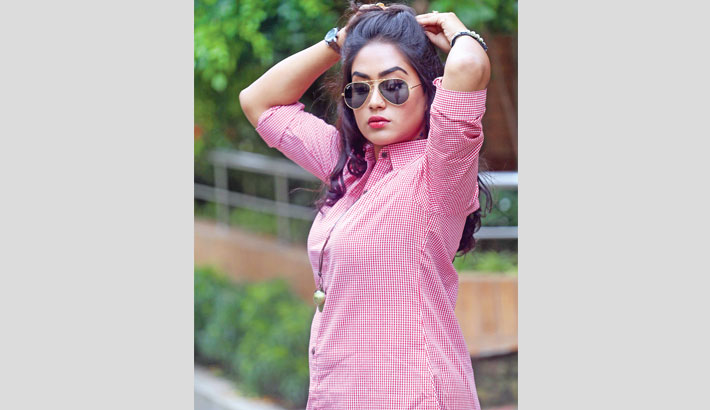 Popular actor Zakia Bari Mamo has made her marks in the showbiz industry with her fabulous performances and has garnered applause from the audience. Mamo made her acting debut with the movie ‘Daruchini Dip’ directed by the actor, film-maker Tauquir Ahmed.

Tauquir and Mamo have teamed up again for a new project. She recently has started shooting of a drama titled ‘Sharnalata’ under the direction this famed director. Tauquir will also be seen acting alongside Mamo in the drama.

Written by Bipasha Hayat, the wife of Tauquir, the drama has been produced by Alpha-I production.

Talking about the drama Mamo said, “I got my recognition as an actor through the film Daruchini Dip. I am very thankful to Tauquir bhai for this. I’m very happy that I am working with such a talented actor and director again.”

“Besides, Bipasha apa is my all time favourite actor and personality. I like her writing too. She has written some amasing scripts. I am very much optimistic about the drama,” she added.

The drama Sharnalata will be aired on RTV in upcoming Eid-ul-Azha.