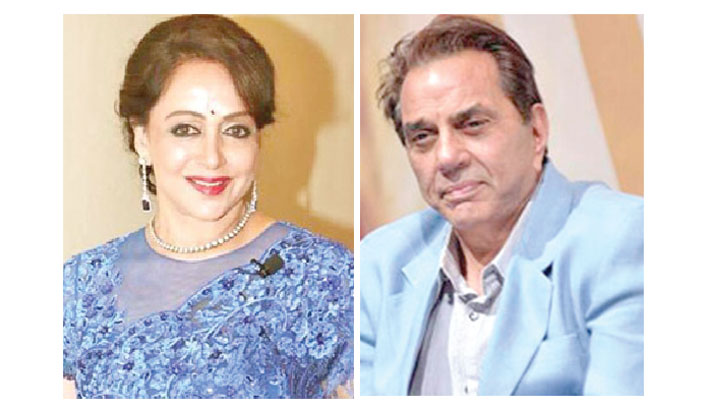 Hema Malini was trolled for her participation in a cleanliness drive by social media users and politicians. When her husband Dharmendra was asked on Twitter whether his wife had used a broom before this, in the context of a recent cleanliness drive at Parliament where Hema was seen handling the broom in an awkward manner, reports Mid-day.

“Yes (she has picked the broom) in films. Mujhe bhi anaari lag rahi thi. Maine magar bachpan mein apni maa ka hamesha haath bataya hai (she looked like a novice to me too. However, I would always help my mother during childhood with household chores. I was very efficient at sweeping with brooms,” Dharmendra replied. He has now deleted the tweet.

He wrote he has been misunderstood, and that he will never tweet about the broom again. Along with his tweet, he shared an old picture of himself where he is seen folding his hands to apologise.

Apart from politics, Hema Malini currently has her plate full as she supervises the release of her maiden Punjabi production, Mitti - Virasat Babbaran Di. Directed by Hriday Sheetty, the movie narrates the story of five youngsters against the backdrop of drug menace in Punjab.