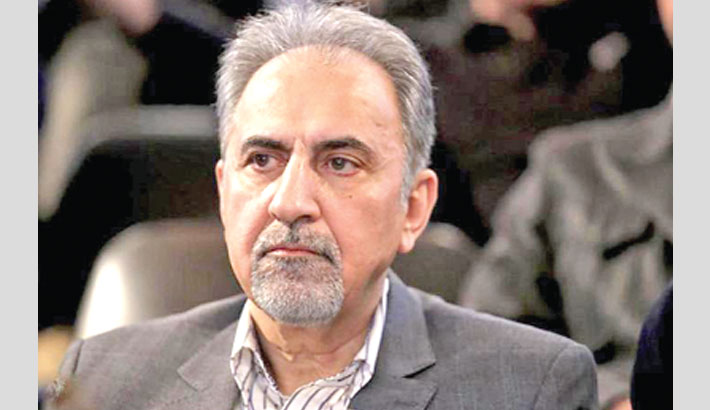 Prominent reformist Mohammad Ali Najafi appeared in a Tehran criminal court, accused of shooting his second wife Mitra Ostad at their home in the Iranian capital.

The charge sheet read out in court included murder, assault, battery and illegal possession of a weapon.

The prosecutor also read out a statement from the former mayor, who claimed his wife once threatened him with a knife during one of their frequent arguments. Ostad’s body was found in the bathtub after Najafi turned himself in and confessed to killing her on May 28, according to Iranian media.

Her family has appealed for the Islamic law of retribution to be applied—an “eye for an eye” form of punishment which would see the death penalty served in this instance.

Najafi’s trial, which was adjourned until July 17, has drawn detailed coverage in state media where scandals related to politicians rarely appear on television.

He was elected Tehran mayor in August 2017, but resigned the following April after facing criticism from conservatives for attending a dance performance by schoolgirls.

Najafi married Ostad without divorcing his first wife, unusual in Iran where polygamy is legal but socially frowned upon.

There have been calls by ultra-conservatives for Najafi to be tried without favouritism from the judiciary, with some claiming the case shows reformists’ “moral bankruptcy”.

Reformists, meanwhile, have criticised the conservative-dominated television of bias in their coverage and highlighting the case for political ends.