DCC on look for new mosquito killers to tackle dengue 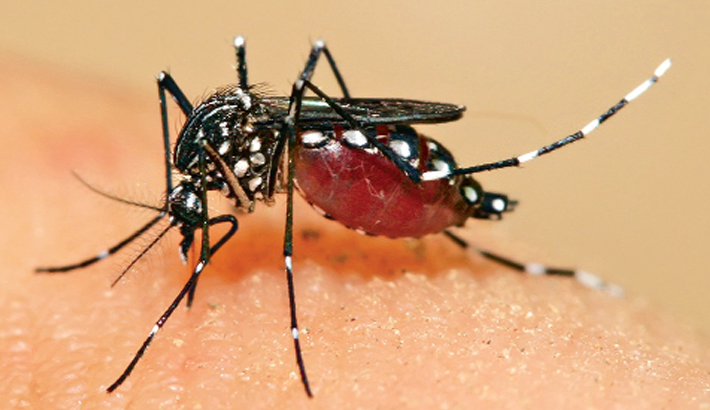 Capital Dhaka, now facing an alarming rise in dengue fever cases, required new varieties of mosquito killers and also destroy breeding grounds of the Aedes mosquito which carries the virus of the disease that can be fatal unless treated properly.

Dhaka city corporation officials told the daily sun that “most of the traditional insecticides are unable to destroy Aedes mosquito as they have grown resistance. Thus, they said, alternative medicine and appropriate medicines were required to stop the spread of the virus.

Dhaka North City Corporation chief health officer Mominur Rahman Mamun said they will sit in a meeting with experts on July 15 to discuss the alternative insecticide. “However, the insecticide we use currently against larvae is still effective. We need alternative for adult mosquitoes.”

“Some insecticides are being used against the mosquitoes in our country but they are not effective,” one health expert told the daily sun wishing not to be named.

Another study of the famed ICDDRB said the insecticides currently sprayed by Dhaka city corporations have no effect on the adult mosquitoes as they have become resistant to the currently used varieties.

“If the death rate of mosquitoes in a certain period where insecticide is used is below 90 percent, they are assumed to have gained resistance to the insecticides. But we’ve seen the death rate in most cases is zero. Even doubling the dose doesn’t kill all the mosquitoes,” said Mohammad Shafiul Alam of the International Centre for Diarrhoeal Diseases and Research, Bangladesh (ICDDRB).

Sources at the Dhaka city corporations said the two city corporations use 0.5 percent permethrin, 0.2 percent tetramethrin and up to 0.2 percent allethrin per litre of kerosene and apply the mixture through fogging machine to kill mosquitoes for a decade. The icddr,b researchers have suggested using malathion and deltamethrin instead of permethrin.

Health officials also alerted residents of this crowded city with clogged drains and increasing roof gardens, saying there was no alternative to keeping neighbourhoods clean and to drain out rain or clear water to destroy Aedes mosquito breeding grounds.

“Dengue is now reality in our country. People are being infected with the dengue virus as Aedes mosquito is the cause of dengue in urban areas. We have to keep our homes and neighbourhoods clean to stop the spread of dengue,” Prof Dr Abul Kalam Azad, director general of the Directorate General of Health Services (DGHS), told the daily sun.

According to the World Health Organisation (WHO), the Aedes aegypti mosquito is the main vector that transmits the viruses that cause dengue fever. The viruses are passed on to humans through the bites of an infective female Aedes mosquito, which mainly acquires the virus while feeding on the blood of an infected person.

A report of Health Emergency Operations Centre and Control Room of Directorate General of Health Services (DGHS) on Monday said 3,053 people were admitted to different hospitals with dengue in the capital from January 1 to July 7 this year and three of them died.

Health experts said climate change effects, intermittent rain, pattern of weather and lack of cleanliness were the main reasons for this increase in dengue cases.

“It is the peak season for the dengue as the Aedes mosquito breeds during rainy season. We have to remain cautious to prevent the dengue. We also have to keep our neighbourhoods clean and destroy all possible breeding grounds of the Aedes mosquito,” ASM Alamgir, principal scientific officer of the IEDCR, told the daily sun.

WHO said there is no specific treatment for dengue or severe dengue, but early detection and access to proper medical care lowers fatality rates below 1 percent.

Preventing or reducing dengue virus transmission depends entirely in controlling the mosquito vectors or interruption of human–vector contact. It also promotes the strategic approach known as Integrated Vector Management (IVM) to control mosquito vectors, including those of dengue, it added.

According to the National Guideline for Clinical Management of Dengue Syndrome-2018, the monsoon and post-monsoon in Bangladesh are the peak times to develop dengue. The monsoon usually occurs during June and July while the case increases in August and September and can extends up to October.

A study of the International Centre for Diarrhoeal Disease Research, Bangladesh (ICDDR,B) conducted last year in Bangladesh said concealed spots like water-holding trays underneath some refrigerators can be a potential breeding ground for the Aedes mosquitoes, responsible for the spread of dengue fever.

Over 80 percent of these mosquitoes breeding in clean stagnant water could be the infamous dengue-spreading Aedes aegypti, indicates the ICDDRB study, adding that plastic drums were the most productive habitats for breeding while vehicle parts and discarded construction materials were the most efficient.

“It was not too surprising that the low socio-economic zones of Dhaka had slightly higher presence of Aedes mosquitoes, perhaps because sanitation standards and awareness about mosquito-breeding in these areas were below par,” says Dr Kishor Kumar Paul, author of the study.

Apart from putting emphasis on building awareness to destroy the breeding grounds of aedes mosquito, the heath experts suggested that the city authority and city dwellers should use appropriate insecticide to stop breeding mosquitoes, including Aedes.