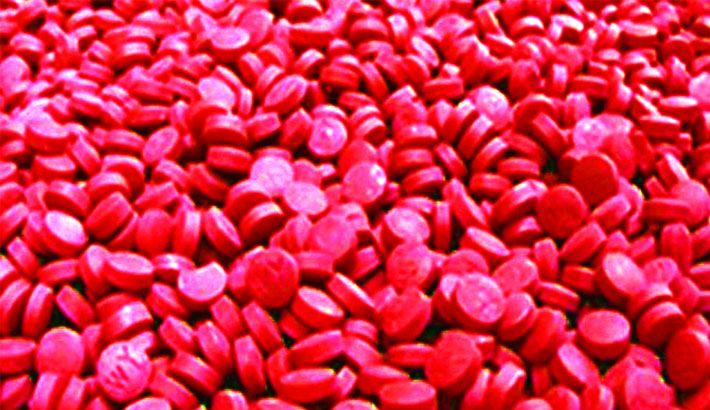 Most of the so-called police sources with the help of a section of police personnel and influential ruling party men are allegedly running  banned drug Yaba trade in the capital and its adjacent areas.

According to the narcotics control directorate, more than 2,000 such sources have long been continuing to do so either by directly or through their accomplices.

Alongside Yaba business, they are also involved in other crimes like extortion.

For being so intimate with a section of dishonest police personnel, such sources do not fear of arrest, rather they use the yaba to trap innocent people.

It has been reportedly said that such police sources under the jurisdiction of the capital’s 50 police stations also do not hesitate to introduce themselves as police personnel to commit such crime.

Many such fake policemen are often being arrested by the police and RAB personnel from different parts of the capital and its outskirts.

Many informants allegedly put yaba and other drugs into the pockets of the people during their so-called search.

Later, police sources threaten to prosecute the people as yaba addicts if they fail to give them money.

Sources said most of the police sources deal in narcotic drugs. None dares to resist the informants as they move along with the policemen.

Police sources usually travel in police car. Even they introduce themselves as members of law enforcement agencies.

A businessman of Jatrabari areas of the capital said one of his relatives left the neighbourhood as he protested against the misdeeds of several police sources.

Intelligence sources said there are many groups of police sources who are sacked from police, Rapid Action Battalion and others law enforcement agencies.

Another businessman in old Dhaka said, “Sometimes, police sources come to the area along with cops and set up check posts on roads. They ask for money from the people during their body search.”

Shariful Islam, a resident in Lalbagh, said, “Police sources have recently stopped my motorcycle near Gour-e-Shahid shrine. A police van was there.”

“A man without police uniform searched the papers of my motorcycle and later wanted to search my body.”

In recent past, law enforcers arrested many police sources on charges of their complicity in different crimes.

Intelligence sources further said associates of police sources are active in the capital and on its outskirts.

Many said notorious terrorists especially are afraid of police sources as they (informants) find information about their misdeeds and can land them in jail.

Official sources said more than 70 police sources were killed in the capital in the last seven years.

All of them were involved in drug trade, extortion and other crimes. Some of them were killed in fighting as they assisted police in hunting down criminals.

But decreasing dependency on such sources, technical cooperation is being increased, he added.

“Inform us if anyone has information about police sources’ complicity in crimes like drug dealings. We will take action against them,” he added.