Shakib among three to score 600 runs in a WC 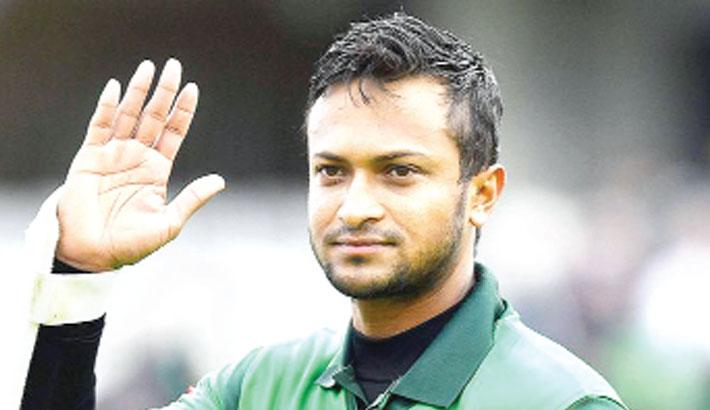 Shakib Al Hasan enjoyed a dream-like ICC World Cup 2019 as he hit another fifty in their final group-stage match of the event at Lord’s on Friday against Pakistan.

Shakib equalled the record of Indian legend Sachin Tendulkar of hitting seven or more 50-plus scores in a single edition of the World Cup.

With his 64-run knock off 77 balls, Shakib has scored a total of 606 runs in the eight matches of this World Cup. Only two other players have scored more runs than Shakib in a single edition of World Cup. Sachin Tendulkar, who scored 673 runs in 11 matches during the 2003 edition leads the chart and next to him is Australia’s Mathew Hayden who scored a total of 659 runs in the 2007 edition.

Shakib is also ninth in the list of all time World Cup run getters. The ace all-rounder has scored a total of 1146 runs in the 29 matches he played in World Cups. He remains ahead of players like Adam Gilchrist, Javed Miandad and Mahela Jayawardene.

Shakib is also the only all-rounder to score 600 plus runs and take 11 wickets in a single edition of the World Cup.

With the half-century, Shakib has regained the top spot in the list of most runs getter in this World Cup surpassing Rohit Sharma’s 544.

Shakib is now the only Bangladeshi batsman to score more than 600 runs in a single international event.

The southpaw started this World Cup campaign scoring a match-winning 75 against South Africa. He hit another fifty (64) in the next game against New Zealand. He came up with back-to-back centuries in the next two games against England (121) and West Indies (124*).

His only innings under 50 came against Australia when he got dismissed at 41. But the left-hander came back strongly hitting 51, 66 and 64 respectively against Afghanistan, India and Pakistan.