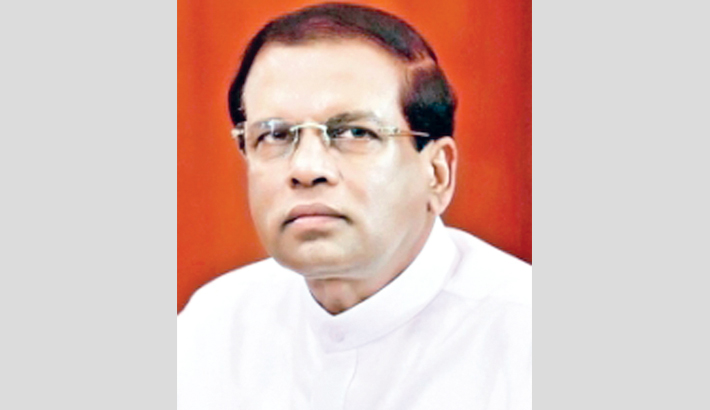 “I told the Secretary General that I want to save my country from drugs,” Maithripala Sirisena told a meeting in Colombo to mark his anti-narcotics drive.

“He telephoned me last week shortly after I signed four death warrants. I told him to please allow me to stamp out the drug menace,” Sirisena said.

Sirisena told reporters on Wednesday that he had signed death warrants for four drug offenders, but did not give their names nor say when and where the executions would be carried out.

He accused the European Union of interfering in the internal affairs of his country, saying that EU diplomats had threatened him with tariffs if Sri Lanka went ahead with the executions.

“The EU told me that they will withdraw the GSP Plus (tariff concession) if I go ahead,” Sirisena said. “This is interfering with the sovereignty and independence of our country. It is unacceptable.”

He also took a swipe at Prime Minister Ranil Wickremesinghe and at non-governmental organisations that had criticised him over his stance.

Wickremesinghe had on Sunday said that a majority of parliament members were against Sirisena’s decision to resume executions.

Sirisena faces several court challenges to his decision to restore the death penalty.

In the latest case filed in the Supreme Court Monday, the Centre for Policy Alternatives (CPA) noted it was long recognised that hanging by death was a cruel and inhuman form of punishment, not befitting a multi-religious and civilised society.