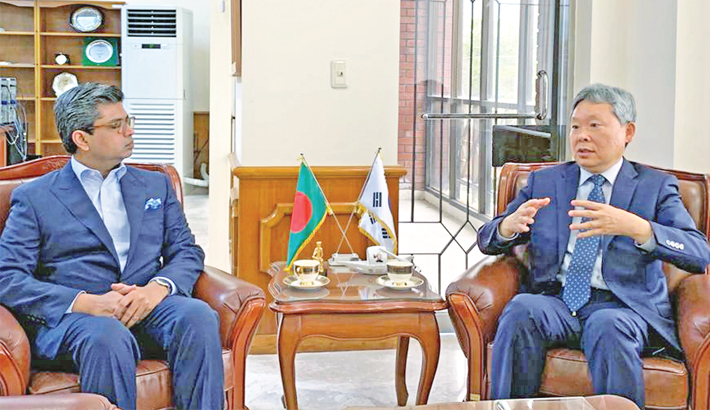 Federation of Bangladesh Chambers of Commerce and Industry (FBCCI) President Sheikh Fazle Fahim exchanges views with South Korean Ambassador in Dhaka HU Kang-il at the embassy office in the capital on Monday. 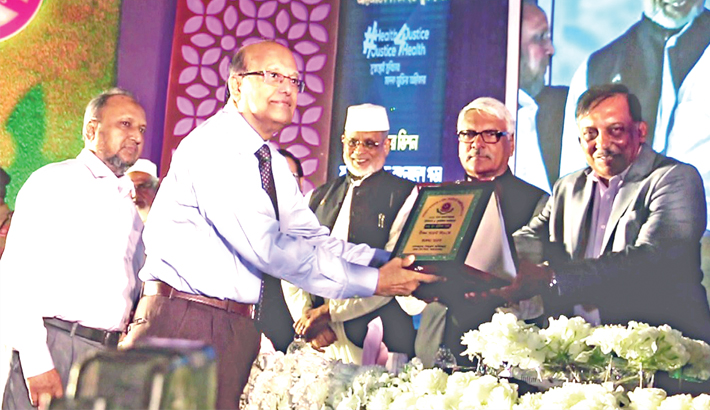 Home Minister Md Asaduzzaman Khan hands over a crest to Beacon Group Chief Adviser Khandoker Rashidul Huq for providing excellence treatment for the drug-addicted patients at a function at KIB convention at Farmgate in the capital recently. 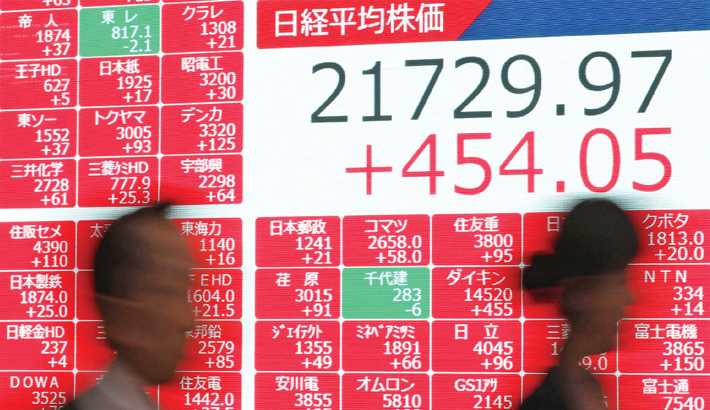 Pedestrians walk past an electronic stock indicator showing the Tokyo stock's closing rate in Tokyo on Monday. The benchmark Nikkei 225 index rose 2.13 percent, or 454.05 points, to 21,729.97, after the United States and China agreed a ceasefire in their trade war that has damaged the global economy. 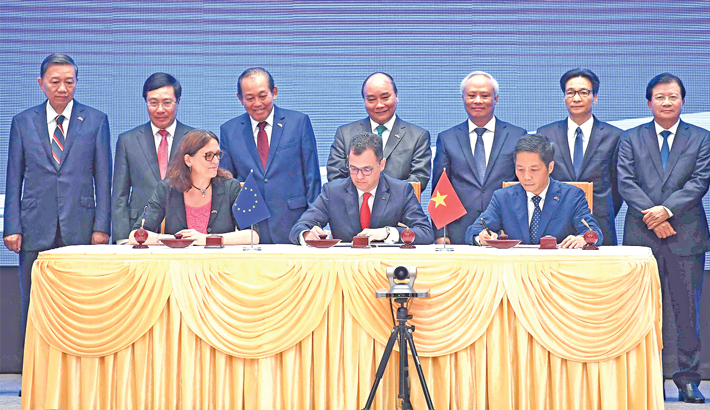 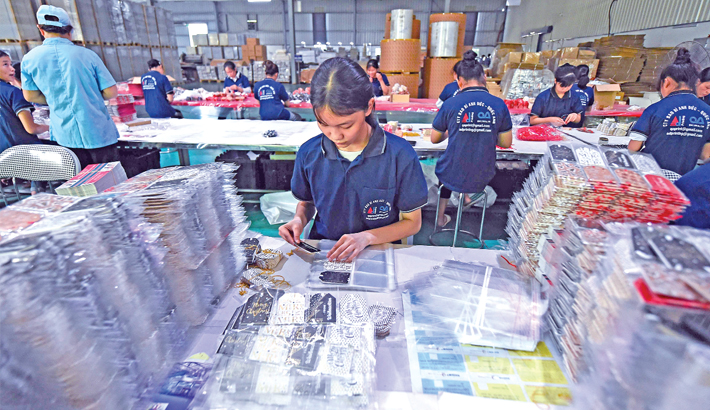 A worker makes Christmas cards in a factory in Hung Yen. The European Union and Vietnam on June 30 signed a long-awaited free trade deal that will slash duties on almost all goods as fears grow over mounting global protectionism. The signing comes amid worldwide trade turmoil, with a dragging US-China row and Britain's impending exit from the European Union casting a dark cloud over global growth. 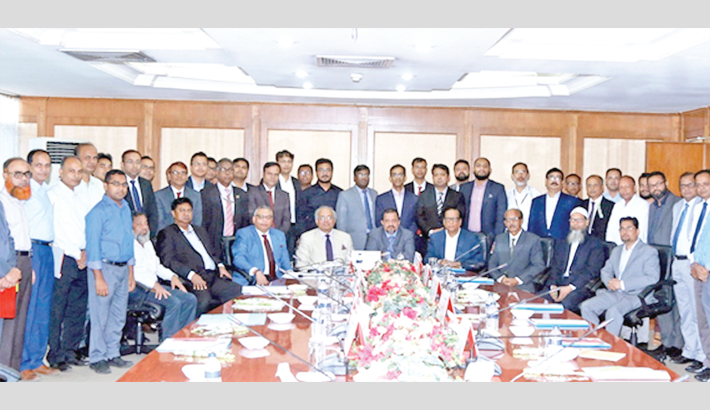 Chairman of Primary Dealers Bangladesh (PDBL) and Sonali Bank CEO and Managing Director Md Obayed Ullah Al Masud presides over the 40th board of directors meeting of PDBL, organised by AB Bank, at AB Bank corporate head office in the capital on Monday. 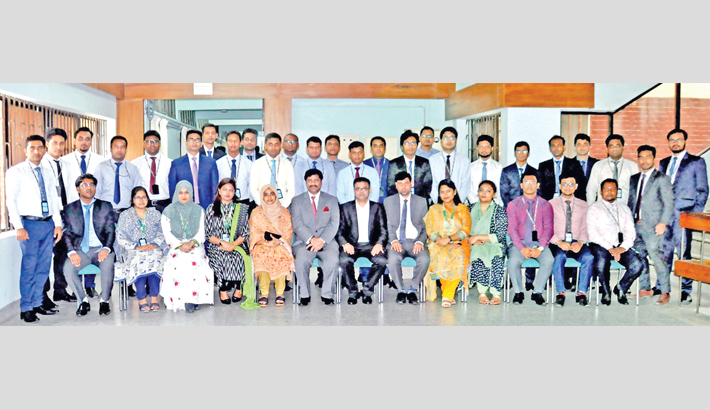 NRB Commercial Bank Managing Director and CEO Khd Rashed Maqsood poses for a photo with participants of a training course at BIBM in the capital on Sunday. About 34 management trainee officers of the bank took part in the training. 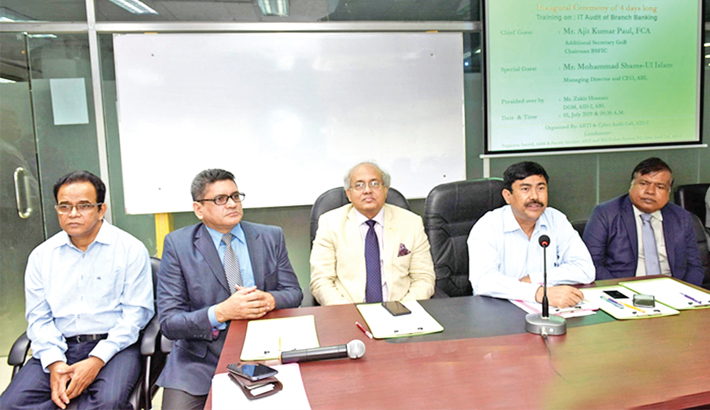 Agrani Bank Managing Director and CEO Mohammad Shams-ul Islam is seen at  a workshop on IT Audit of Branch Banking at the bank’s training institute in the capital on Monday. 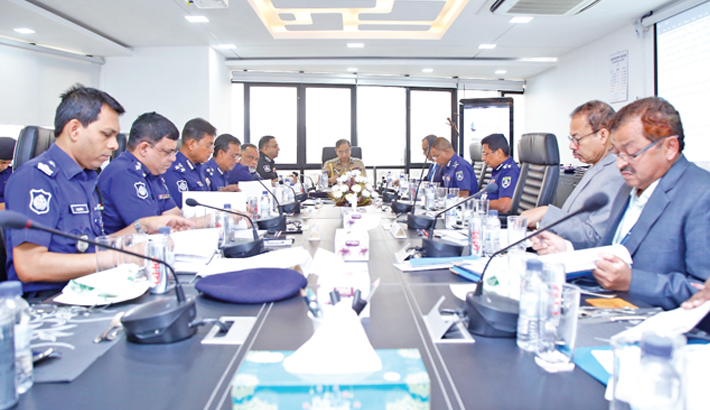 Community Bank Bangladesh Chairman and also the Inspector General of Bangladesh Police Dr Mohammad Javed Patwary presides over the 7th board meeting of the bank at the bank’s head office in the capital on Monday. 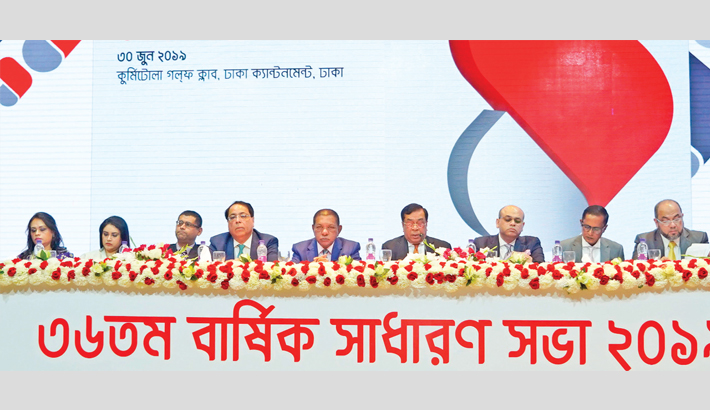 High officials of United Commercial Bank are seen at the 36th Annual General Meeting at Kurmitola Golf Club in the capital on Sunday. The AGM approved 10 percent stock dividend for the financial year 2018.