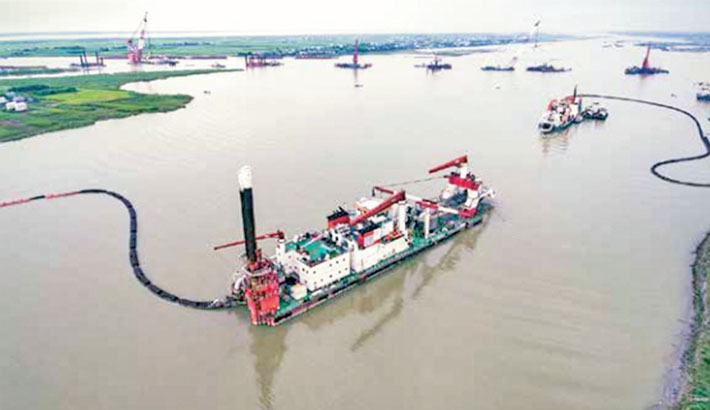 The High Court in a landmark verdict released on Monday granting status of a ‘legal person’ to all rivers across the country to save them from encroachment and pollution as many of this deltaic country’s waterways were lost over the years to mainly grabbers.

In its verdict, the court issued 17 directives which include ban on contesting any election and taking any loan by river grabbers.

Now, any offence against the country’s 450 rivers would be tantamount to an offence against a human being, legal experts said as the environmentalists rejoiced with the hope all rivers facing encroachment would be restored to their original form.

Earlier, on January 30, 2019, the High Court granted status of a ‘legal person’ to all rivers across the country to save them from encroachment and other injustice.

The court passed the order while delivering a ruling on a writ petition seeking eviction of illegal structures from the Turag riverbanks.

The HC directed the Election Commission (EC) and the central Bangla-desh Bank to ban river encroachers from contesting any polls and from getting any bank loans.

The Bangladesh Bank will have to issue a circular in this regard. The court asked the EC to submit a list of names of the offenders to the court.

The education secretary has been directed to take necessary steps to include the subject “river preservation and pollution” in textbooks of schools, colleges, and universities.

Human Rights and Peace for Bangladesh (HRPB) filed the writ on November 9, 2016 with the HC which ordered the BIWTA and other authorities concerned to take steps within 48 hours.

The BIWTA, on January 1, 2017 submitted a report that all illegal structures were removed.

Later, existence of illegal structures was reported and so the HC directed the Gazipur Chief Judicial Magistrate to make a survey on the area and submit a report.

The magistrate spotted 36 structures of various individuals and companies on the Turag riverbanks. The HC ordered their demolition.

The HC also issued a rule, asking the authorities concerned to explain why illegal structures on the Turag riverbanks shall not be demolished.

Some of the aggrieved individuals and companies moved to the Appellate Division of the Supreme Court challenging the HC eviction order.

The Appellate Division stayed the demolition order and asked the HC to dispose off the petition.

Some appellants claimed that they bought lands on the river banks and thus they are owners of the properties.

HRPB president and counsel Manzill Murshid argued that a person can neither buy river bank nor be an owner of it.

A company or other entity, established under the law, is construed legal person having responsibilities, liabilities and privileges like a human being.

“Illegal grabbers are regularly encroaching on rivers. The rivers are getting narrow due to illegal structures. Considering these, the Turag river is declared a legal/juristic person,” the court says.

The court said failure to save the rivers from encroachment and lack of navigability will surely put Bangladesh and its people at risk.

Citing example of other countries, the HC said New Zealand enacted law to give river status of legal person while the India court granted such a status to the Ganges.

If legal person status is not granted, all 450 rivers in Bangladesh will fall prey to land grabbers, said the court. According to the verdict, the writ case is to be considered as a continuing mandamus.