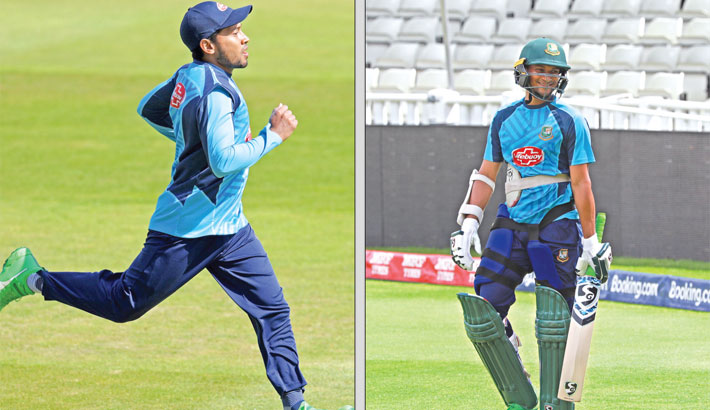 A spirited Bangladesh will take on India today in their do-or-die match of the ICC Cricket World Cup tournament to inch closer to claim a spot in the semi-finals.

The game will commence at 3:30pm (BST) at Edgbaston in England.

A look at the history between the two teams will tell volumes about the Tigers as they have often roared fiercely when competing against the Men in Blue.

The Tigers have momentum on their side. An in-form Shakib Al Hasan who has scored 476 runs so far in the tournament will itching to go hard against India as the Tigers’ semi-final hopes are pinned on the victory.

Mushfiqur Rahim also looks to be in supreme touch with a valiant century against Australia and timely knocks for the Tigers.

While Bangladesh skipper Mashrafe Mortaza’s form has been a spot of bother for the Tigers but his leadership remains charismatic and will have to play a huge part if they are to keep their semi-final hopes alive.

Cutter-master Mustafizur Rahman will also be hoping to return to his old self against his favourite opponents.

Fresh off a well-deserved break, the Tigers are raring to go hard and they will undoubtedly be banking on Shakib to once again lead from the front with both bat and ball.

And when it comes to clashes against India, one man who seems to be high on energy is former skipper and wicketkeeper Mushfiqur Rahim.

India on the other hand have taken a day off on the eve of their game against Bangladesh as they played an exciting game against England on Sunday.

While it was their first loss of the tournament, it has shown a few areas that do need fine-tuning. 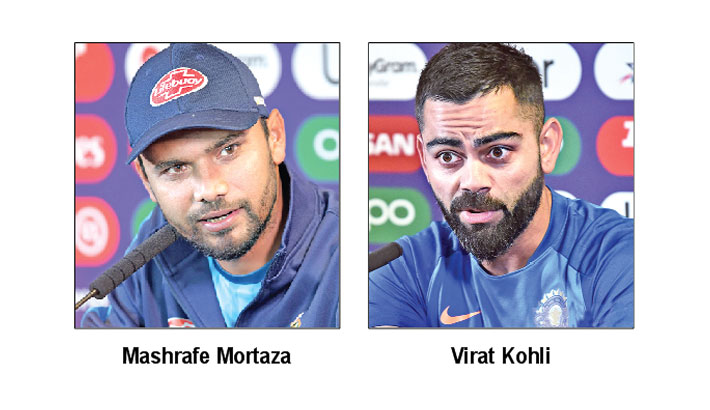 To start with, the middle-order needs to get cracking in crunch games. The over reliance on the top-order has haunted the team a couple of times in the past and it was evident again on Sunday.

With the brilliant performance of the seamers with Jasprit Bumrah leading the charge, India have been brilliant so far in the tournament apart from their slump against England.

India opener Rohit Sharma has been in killer-form so far in the tournament with 440 runs to his name while skipper Virat Kohli has continued to be the run-machine with 382 runs.

The destructive duo can take the match away from Tigers single-handedly considering Tiger pacers lack of early bite.

Bangladesh still have the chance to qualify for the semifinals. With two matches to play, Bangladesh secured seven points from the matches they have played in the World Cup so far. Mashrafe Mortaza-led Bangladesh are now at number six on the point table.

To confirm a semifinals berth, they have to surpass Pakistan and England, who are at number five and four on the points table respectively with 9 and 10 points.

India, who are at number two on the points table, still need a point to confirm their place. They have two matches to play- one against Bangladesh and the other one against Sri Lanka. If they lose both of them, they might be eliminated from the race, though, it is unlikely to happen.

In contrast, if India win two of their remaining matches, they will have a place secured in the semifinals stage and Bangladesh will be eliminated from the race.

New Zealand, who are at number three on the points table, also need a point to secure a semifinals berth. They only have one match to play and that is against England. If they lose that match, England will go through, and New Zealand’s fate will depend on Bangladesh’s results against India and Pakistan.