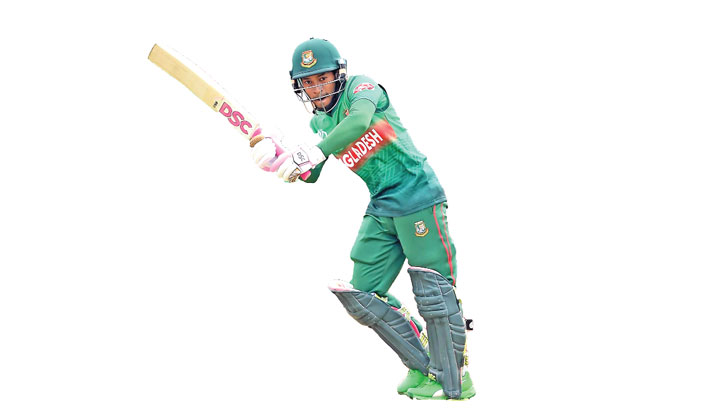 Bangladesh’s wicket-keeper batsman Mushfiqur Rahim has been instrumental for Tigers in the ongoing ICC World Cup 2019, from building important partnerships to guiding the lower order in astute fashion, proving him as the heart of the team’s batting line up. These contributions were enough to make him the most influential member of the team but cricket gods something else in store from him.

With Shakib Al Hasan going through a magical run of form with both bat and ball, Mushfiqur could hardly hog the limelight. Mushfiqur has scored 327 runs in the six matches of the ongoing World Cup matches in contrast with Shakib’s 476 runs but Mushfiqur’s runs came at important moments, when the team needed an a stabilsing and propelling innings.

If the runs scored are considered on the merit of utility, surely Mushfiqur Rahim will remain ahead of Shakib. His 80 ball-78 runs against South Africa in Bangladesh’s ICC World Cup opener set the tone for the whole tournament. Shakib Al Hasan was the man of the match in that match for his all-round performance (75 runs and a wicket) but Mushfiqur’s brave presence at other end helped Shakib play with freedom. It was actually Mushfiqur who attacked South Africa’s best bowler on that day Andile Phehluwakyo to put the Proteas into disarray, helping Shakib take the advantage.

Mushfiqur’s not so brilliant slump against New Zealand was key in Bangladesh’s narrow loss to the Kiwis, providing the evidence of the importance of his presence in the middle order for Tigers to win the game.

The diminutive batsman made another agenda-setting performance in the match against Afghanistan, by playing an 87 ball-83 run knock in extremely slow pitch. A defeat at the hands of Afghanistan would have never been taken lightly by Bangladeshis and hence the performance was noteworthy. Even more valuable because of the way Afghanistan’s three-pronged spin attack found the wicket to their likings.

Mushfiq is currently the eighth highest run-getter in this World Cup with at an average of 65.40. runs His 327 runs is also the highest among the Wicket-keeper batsmen of this ICC World

Despite all the tremendous performance, very few people are talking about the wildly talented batsman. The reason is Shakib Al Hasan whose phenomenal all-round performance has kept Mushfiq in the shadow.

Shakib indeed has owned this World Cup by reaching milestone after milestones and setting up some unique records. The ace all-rounder also scored two centuries and three half centuries to post 476 runs to his name and has been averaging a staggering 95.20 runs in this World Cup so far.

With the ball in his hand, Shakib has been successful too, claiming 10 wickets with his career best 5 wickets for 29 runs against Afghanistan. He has been named Man of the Match three times in this World Cup which is a record for a Bangladeshi player.

Shakib has also inscribed his name into the history books during this World Cup. He became the first player with 1000 runs and 30 wickets in the World Cup history and 400+ plus runs, 10+ wickets in same edition. He also became the second player in history of World Cups to have scored a half century and a take five-wicket haul. After all these, it’s not surprising that people will talk about Shakib more than Mushfiq.

While the importance of his knocks against South Africa and Afghanistan was undeniable, in losing-cause against Australia, Mushfiq flourished in full glory against an attack consisting of Mitchell Starc and Pat Cummins.

He was the lone fighter for Tigers with an unbeaten knock of 102 runs and became the second Bangladeshi batsman after Mohammad Ashraful to score a hundred against Australia in ODIs. His performance was so instrumental that Bangladesh ended up with 333 runs losing 8 wickets, their highest ODI total.

After the match against Afghanistan, Shakib also praised Mushfiq for his contribution to the team.

“It was really important to bat for a longer period and I had to work hard to pick up my half century. But Mushfiq batted really well too. Our victory wouldn’t have been possible without Mushfiq,” Shakib said, heaping shower of praise on Mushfiqur Rahim.