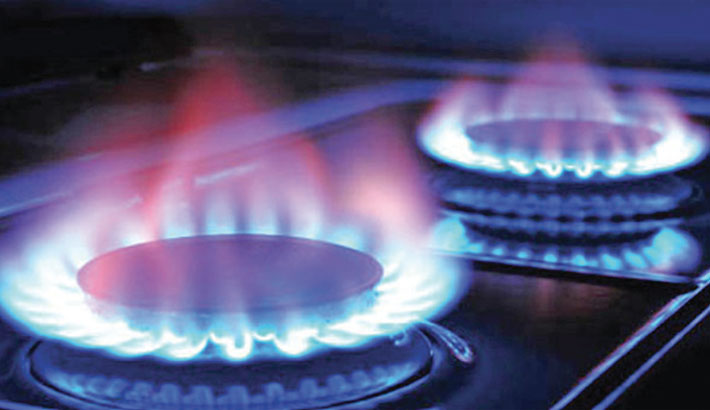 The natural gas tariff has increased by 32.8 percent on average against the proposals to hike it by 80 percent from different distribution companies.

The fresh tariff, including the domestic gas tariff and transport gas CNG, will be effective from today (July 1, 2019).

According to BERC, the government will earn an additional Tk8,620 crore from tariff against the requirement of Tk43,840 crore in the fiscal year 2019-20.

The rest of Tk18,730 crore will come from the sale of natural gas at the existing rate while Tk2,420 crore will from the energy security fund.

He added that the cost effective technology will bring down the natural gas tariff in the coming days.

Besides, the gas price increased to Tk13.85 per unit from Tk9.62 for captive power while it has also hiked for industries to Tk10.70 per unit against the existing rate of Tk7.76 per unit.

The tariff also went up for CNG to Tk43 per unit from Tk32 while it increased to Tk23 from Tk17.04 per unit for hotel and restaurant. The tariff for small and cottage industries remained unchanged.

The tea garden will pay Tk10.70 per cubic meter instead of the existing rate of Tk7.42.

Earlier in March hearing, industrialists urged the BERC to provide them with the next 10-year forecast for hikes in natural gas tariff.

“Provide us with the next forecast for 10 years so we can prepare our future investment plans for industrial revolution,” FBCCI president Shafiul Islam Mohiuddin told a public hearing at TCB Bhaban last March. 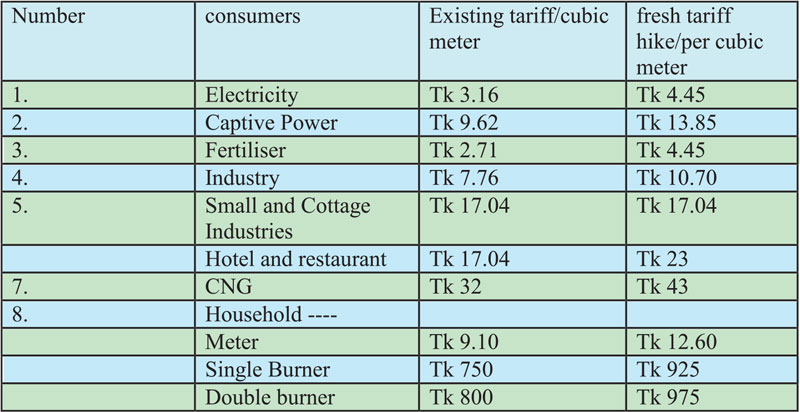 If gas prices are increased, it will put detrimental effect on the private sector and the national economy, he said.

“We’re already under pressure as industrial production cost has raised 29 percent in the last two years.”

“If gas prices are hiked at this moment, many factories will come to a close.”

“If the gas-price hike proposal is implemented, prices of steel and cement will go up manifold.”

Masud Khan, president of Bangladesh CNG Filling Station and Conversion Workshop Owners Association, said the commission should act for the wellbeing of the common people, not by instruction from elsewhere.

All of the country’s six gas distribution companies — Titas, Bakhrabad, Jalalabad, Pashchimanchal, Karnaphuli, and Sundarban — are seeking a hike in gas prices at consumer level.

According to the revised proposals, Titas and Sundarbans have demanded a 208 percent hike for the gas consumed by power plants, 211 percent for fertilizer companies, 96 percent for captive power, 132 percent for industries, 41 percent for commercial entities and 50 percent for CNG-run vehicles.

Imported LNG is costing the country Tk39 per cubic metre whereas it buys similar amount of gas at Tk0.7097 from the state-run Bangladesh Gas Fields, at Tk3.0414 from Bangladesh Petroleum Exploration and Production Company Ltd, at Tk0.2028 from Sylhet Gas Fields and at Tk2.55 from international companies operating in Bangladesh, according to Petrobangla.

“We won’t accept any increase in gas prices.”

Nurul Islam, a former professor of Bangladesh University of Engineering and Technology, said there is no choice, but to increase gas prices. “But the more transparent the companies are, the better.”