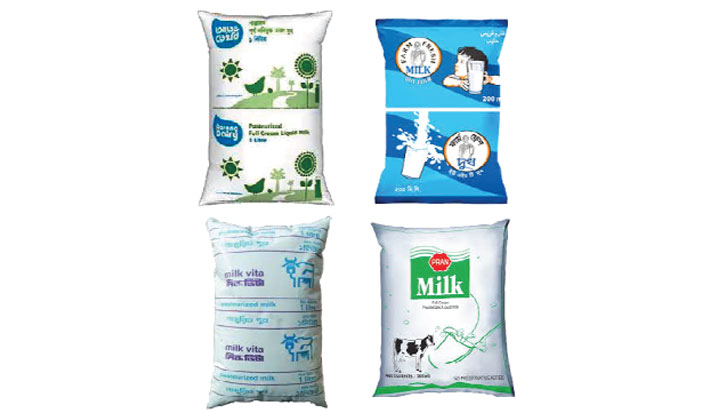 Researchers have found presence of antibiotics, formalin and detergent in milk and some other food products, which are very dangerous for human health.

Professor ABM Faruque, director of the Biomedical Research Centre, unveiled the  findings at a press conference at Dhaka University on Tuesday.

They then evaluated their quality by measuring different parameters comparing with Bangladesh Standards and Testing Institution (BSTI) standard requirements.

In their laboratory test, researchers have found antibiotics, formalin and detergent in the milk samples.

They, however, warned that the rampant use of antibiotics in food products can cause fatal consequences for human health.

Eight samples from different brands of Ghee, Chilli Powders and Turmeric Powders have been found below BSTI quality.

They also found a dangerous textile colour named metanile yellow in some samples of Turmeric Powders.

Ten samples of unnamed brands of Palm’s oil have completely failed to meet the BSTI standards.

They also tested eight samples of mustard oil and soybeans oil of different brands — of which many were found below BSTI standards.

Many of the samples have failed to meet the BSTI standards.