Budget Revision for Reducing Inequality Is a Must 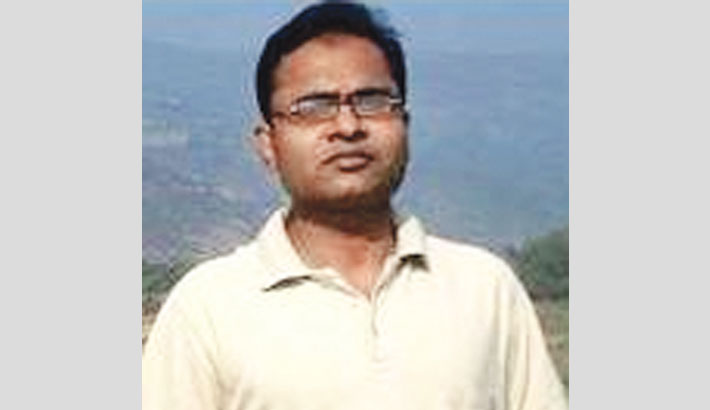 One way of reducing inequality by the government is to formulate its fiscal policy in such a manner that the budgets against the service sectors get highest priority with higher allocations. Moreover, there should be logical ratio between the fiscal budget and targeted GDP.

It is really depressing to see that our education-alone budget is 61,118 crore Taka (79,486 – technology), which is only 2.1 per cent of the GDP. Day-by-day this percentage is reducing. Even if we take that education budget to be at least 3 per cent of the GDP, then it should have been 86,576 crore Taka. UNESCO’s recommendation is that education budget should be between 4-6 per cent of the GDP. More interestingly, the allocation for primary and secondary education from this budget is only 53,665 Taka. When we are constantly saying that our quality of primary and secondary education has to be improved how come this meagre budget can help when a major part of it will be utilised for school infrastructure development? We want to see that exclusively the education budget has been increased to no less than 75,000 crore Taka this fiscal year. Please note that Argentina and South Africa each spend 6.0 per cent of GDP on education, while Malaysia and Indonesia spend 5.8 per cent and 4.6 per cent of respective GDPs. Scandinavian countries like Sweden and Norway spend even higher (6.8 per cent and 6.5 per cent of GDP respectively). If the government is really keen on and sincere in building quality human capital and create productive employment in the country, then higher spending on education is a must. To make the country self-dependent there is no alternative but to build domestic human capital like that of China.

It is really disappointing to see that the allocation for extremely crucial health sector is less than 1 per cent of the GDP – more specifically 0.89 per cent only! Why is the government so unconcerned about the health issues of the country? If we really want our country to be healthy and productive, then the allocation should have been at least 72,147 crore Taka which is 2.5 per cent of the GDP. Isn’t it very shocking to see that our less important defence sector is getting 32,558 crore Taka as opposed to very vital sector like health is getting only 25,732 crore Taka! We are proposing to increase health budget to no less than 50,000 crore Taka. It should be remembered that healthy body and healthy mind can create very productive workforce for a country, which is why higher spending on health sector is so imperative. In the social security and welfare sector the actual allocation is set for 29,769 crore Taka (74,367 – exclusive non-allowance). Isn’t it very less when we are so concerned about reducing income inequality, which is 0.48 in Gini Coefficient as per HIES of 2016. The trend says, it might be about 0.5 now – which is alarming! One way of reducing inequality is to increase allocation for social security and welfare. The allocation against this head should be minimum Tk 50,000 crore exclusively for the people entitled for welfare services – the poor, excluded and marginalised. No other additional population of different categories should be included in this allocation (like pension-holders, freedom fighters, etc).

All these years Taka has got devalued. US Dollar is now around 84 Taka. Why the finance minister has not thought about increasing the ceiling of taxable income to Tk 350,000 for the male and 400,000 the female. Please consider this proposition. In India it is 500,000 Rupees. If the previous ceiling (250,000 and 300,000 Taka for the male and female respectively) remains unchanged then the less earning people, who are mostly service-holders, still have to pay taxes from their salary sources and as a result, the income disparity between rich and poor will continue to grow. If the taxable ceiling is increased then less earning people will be exempted from tax and high earning people will have to pay more. This will reduce income inequality to some degree.

It is also very unfortunate to see that the surcharged ceiling of the net-wealth has been increased to 3 crore Taka. Why such favour for the rich people when wealth inequality is 0.74 in Gini Coefficient? Will this favour reduce the wealth disparity between rich and poor? The government is consistently saying that it wants to reduce inequality between rich and poor, then why favour the rich always? Please bring down the ceiling to the previous level. The finance minister has said that he will gradually increase the taxable population. How? What measures are to be taken for those who can and want to evade taxes very easily? The doctors, lawyers, private teachers, etc who earn money through cash exchange and are free from paying taxes at source, should be brought under tax-net. This free-earning population is very great in number and they are evading taxes. The government is not looking at them, but remain hard on people whose monthly income is merely 20,834 Taka per month (250,000 Taka as taxable ceiling). Is it a tax justice? Please reveal how progressive tax justice will be ensured. There is no problem for us to pay taxes, but we want service and privileges. Please ensure some defined priorities and privileges for those who are sincere in tax-paying. The government may introduce tax-card for the sincere tax-payers, which will ensure some defined services and priorities for them.

The finance minister wants to make TIN mandatory for all who wants to invest money in Sanchai Patra. How come thousands of small rural entrepreneurs, who are augmenting our economy, can go for TINs? The complexities in getting TINs will discourage small entrepreneurs to invest money in Sanchai Patra and thus the government will be deprived of borrowing from common people’s investment (savings). For reducing bank borrowing, which is very costly, the government should encourage investment in Sanchai Patra and other savings schemes, so that, on the one hand, poor people can have some kind of security in their lives and on the other hand, the government can utilise the savings amount in case of borrowing. Please exempt TIN for those who want to invest 3 lakh Taka in Sanchai Patra, especially for women investors. Please give women-entrepreneurs to grow and thrive – this is an encouraging trend in our country.

Moreover, it is extremely unfortunate that the government has imposed 10 per cent tax on Sanchai Patra. What a pity – extracting tax from the poor people! Sanchai Patra is the only means of saving money by the poor and middle class people. Whereas the government should exempt any taxes on this savings, it is imposing more tax on the poor people’s earnings! When the richest of the rich section are evading taxes by diverse means, the poor people are being twisted out by imposing tax and vat on them.

All these expectations are possible if we can ensure tax-justice and good-governance in the country. What a pity, only 32 per cent of the population pay taxes in Bangladesh (only about 14 lakh out of 50 lakh taxable population) – a major portion of which is middle-income and poor people who are bound to pay taxes at source, while the richer section evades taxes, capitalising the mall-governance of the revenue generating institutions. Moreover, those who are earning black money, which is estimated to be no less than one fourth of the budget, should be brought under stern tax and punitive measure to reduce income inequality. Otherwise the above 10 per cent population of the economic ladder will one day devour the whole Bangladesh, who are now holding more than 50 per cent of the country’s income. Hope the government will take into account the propositions and observations made here and seriously revise the proposed budget for the benefit of poor and middle-class and for sincerely reducing inequality in the country.

We are pretty sure that if Prime Minister Sheikh Hasina looks into these affairs, we shall become a rare country that she is aspiring for. Thanks to her that she has taken the burden to address so many unresolved issues of the country.