Scores ill, schools closed in Malaysia due to toxic fumes 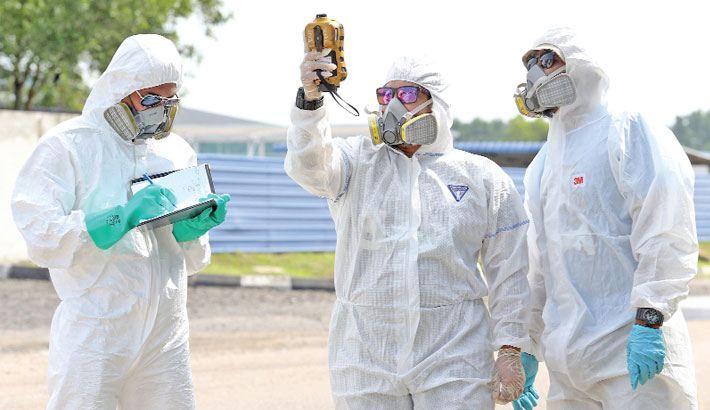 KUALA LUMPUR: Scores of people have fallen ill and hundreds of schools have been closed in Malaysia due to toxic fumes believed to have come from a chemical factory, authorities said Tuesday, reports AFP.

It was the second serious incident involving poisonous gas in Pasir Gudang district, in southern Johor state, in three months after thousands of people became sick in March when waste was dumped in a river and emitted noxious fumes.

Johor chief minister Sahruddin Jamal said 75 people had so far been sent to hospital for treatment, according to official news agency Bernama.

Authorities have now ordered the closure of all 475 educational institutions in the area until Thursday, including three institutes of higher education, 111 public schools, 14 private schools and 347 kindergartens.

The latest incident is not believed to be linked to the first.

Prime Minister Mahathir Mohamad vowed to act against those responsible.

“It seems like there are factories that are not very concerned about safety,” he said.

“We have to identify those responsible for causing the pollution and take stern action against them.”

“This is also affecting our livelihood as many people are shying away from buying food in this area,” Normah Ahmad, a 63-year-old trader, told The Star newspaper.

“I hope the authorities will take this seriously.”

It was not clear what had caused the latest incident. Sahruddin said authorities were investigating 30 chemical factories in the area.

After the March incident, three men were arrested and charged over dumping waste.