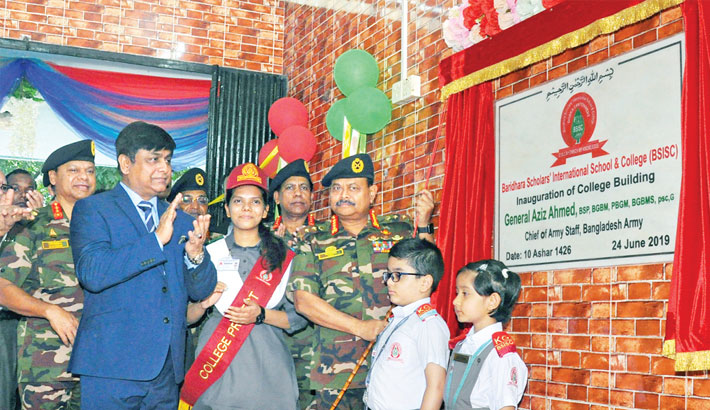 Chief of Army Staff General Aziz Ahmed inaugurates the college building of Baridhara Scholars International School and College by unveiling the plaque in the city on Monday. – ISPR PHOTO

Chief of Army Staff General Aziz Ahmed inaugurated the new building of Baridhara Scholars’ International School and College (BSISC) on the college premises at Baridhara DOHS in Dhaka  on Monday.

The chief of army staff was present at the inaugural ceremony as the chief guest.

After the inauguration, a special munajat was held seeking progress of the country in presence of the army chief.

Teachers and students of the college, including military and civil officials, were also present at the programme.

Mentionable, BSISC started its journey in March, 2001. The institution has been securing good results in all the public examinations, including O and A Levels in International Curriculum and SSC in National Curriculum (English version).

With the promise of quality education, the institution got approval for the higher secondary education programme this year.