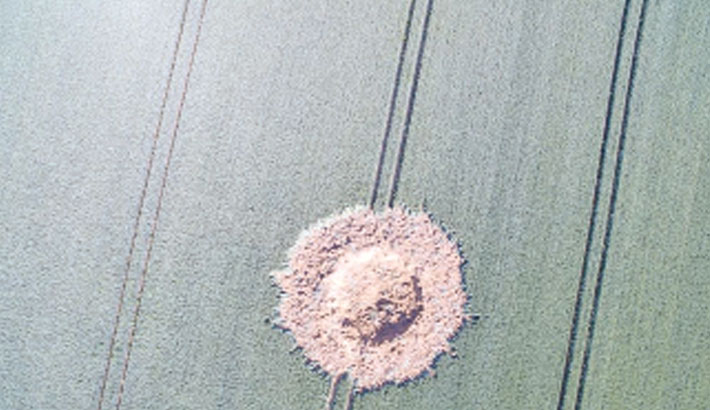 A bomb likely dating to World War II exploded in a field in western Germany leaving a huge crater but no injuries, police said Monday.

The explosion left a 10-metre (33 feet) wide and four-metre deep hole after residents in Limburg, heard a loud noise and felt the earth shake at 0352 (0152 GMT) on Sunday morning. “The crater was examined on Monday by an explosive ordnance clearance service to find possible fragments,” a police spokesman told AFP. “The area was used for target practice during the Second World War,” he added.

A local government spokesman in the nearby city of Darmstadt told German daily Bild it was believed the bomb had a chemical-based delayed timer which could have finally eroded.

Nearly 75 years after the end of war, Germany remains littered with unexploded ordnance, a legacy of the Allied bombing campaign against Nazi Germany.