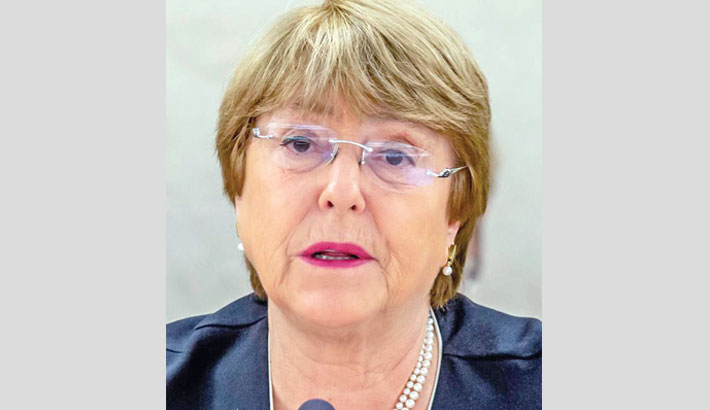 The situation of foreign fighters and their families topped a long line of concerns listed by Michelle Bachelet in her opening address to the UN Human Rights Council in Geneva, which also included the tensions wracking Sudan.

She insisted that countries must take responsibility for their nationals caught up in Syria’s drawn-out war.

Following the collapse of IS’s self-proclaimed caliphate, foreigners from nearly 50 countries have been detained in Syria and Iraq, and more than 11,000 of their family members are being held in Syria’s al-Hol camp “in deeply sub-standard conditions”, Bachelet said.

Several governments are grappling with the problem of what to do with captured jihadist fighters from their country, the women who married them and their children.

The UN High Commissioner for Human Rights said there should be no doubt.

“Foreign family members should be repatriated, unless they are to be prosecuted for crimes in accordance with international standards,” she said.