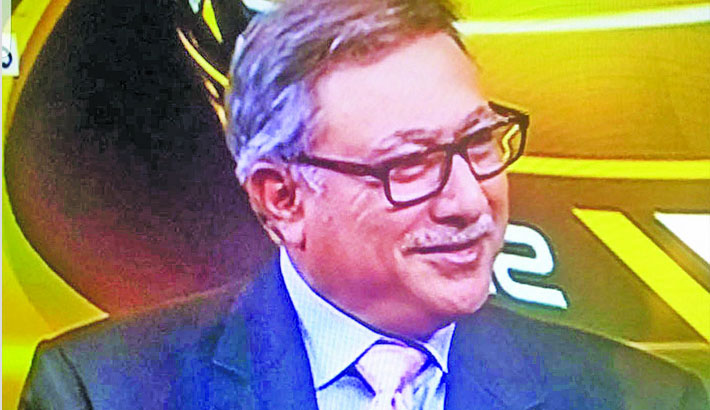 Whether it is a turnaround for Pakistan or not and reminiscent of the ICC World Cup 1992 where they came out as champions is a little too early to predict but the manner in which they outclassed the hapless South Africans should be a morale booster of sorts. A completely rejuvenated side were the Pakistanis at Lords on Sunday and a fruitful opening partnership had laid the perfect foundation for a good total on the board. Both the left handers departed after scoring identical scores of 44 runs each but it was the manner in which they compiled those runs set the tone for the batsmen to come.

Had the West Indians beaten the Kiwis and the Afghans beat the Indians both of which looked highly probable then the whole equation of standings would’ve gone Topsy Turvy. Kiwis who are currently leading the tables still have three crucial games to play but given the number of matches that they have won it is quite likely that Kane Williamsons side is more or less assured of the much-talked about semi final spot. West Indies along with the South African and Afghanistan are the only three sides that appear to be looking for the day when they head back home. The least they can do though is to make life difficult for probable contenders in the coming matches.

After a heavy backlash from both the media and fans alike, Pakistan captain Sarfaraz in particular came in for quite a bit of stick especially from some of the former players that even chief selector Inzamam—ul-Huq. Such passion is often the case in the sub-continent when the whole country is rattled at the dismal performances of its cricketers and especially when it comes to a defeat by either of the sides India and Pakistan against each other.

Pakistan’s thrashing at the hands of India in particular didn’t go down well in Pakistan and it was the face saving victory against the Proteas that seem to have brought back a bit of normalcy and have made the fans believe that a repetition of the 1992 may just be around the corner. Haris Sohail’s innings of 89 runs was like a breath of fresh air as the left hander who is rated as quite a classy player amongst the younger ranks as he lived up to his reputation and took over from where the openers left. Babar Azam once again failed to capitalise on the start and play a big innings as the time he spent at the crease is one of very little effort given the time and class he possesses.

The match at Lords today is yet another high pitched battle that the ICC World Cup 2019 draw had to offer. The traditional Ashes rivals will have everything to play for and besides the semi-final prospects it is also a matter of pride that will be at stake especially for England who have already lost a match in a friendly game prior to the World Cup. The defeat against the Sri Lankans which must’ve come more as a surprise to the cricketers and fans alike will be feeling the pressure for the first time and a tight knot in their stomach is exactly what they should be feeling, come the match today as winning the match today is almost like the end all and be all for Eoin Morgan’s team.

Aussies on the other hand are riding a high after their victories and David Warner’s form in particular. The left hander has been in terrific form ever since his return and with Aaron Finch, Steve Smith and Usman Khwaja who are all amongst the runs poses a real threat to the prospects of England in their endeavors for the semi-final spot. A cliff hanger of a match at Lords is on the horizon today.