Ranbir is a gem, not difficult person: Alia 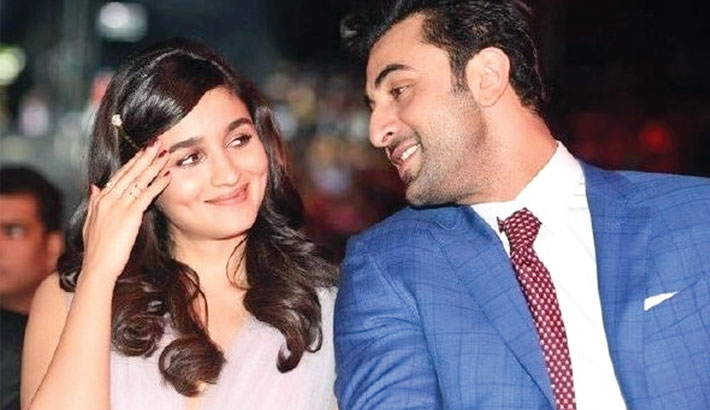 Actor Alia Bhatt is head-over-heels in love with her boyfriend and actor Ranbir Kapoor and it shows every time she talks about him. In a recent interview to The Times of India, Alia talked about the positive advice he has given her and how they are in a great space right now, reports Hindustan Times.

Calling their relationship a friendship, Alia said that it was beautiful. “No. It’s not a relationship. It’s a friendship. I’m saying this with all genuineness and honesty. It’s beautiful. I’m walking on stars and clouds right now. The best part is that we’re two individuals who are living our own professional lives in its full form right now. He’s shooting continuously. So am I. It’s not a situation where you’ll see us constantly together. That’s the true mark of a comfortable relationship. Nazar na lage,” she said. Alia added that against what is commonly thought of Ranbir, he is not a difficult person. “He’s not difficult. He’s a gem. But he’s had a troubled past… How does it matter? It’s part of someone’s life. Aur main thodi na kam hoon,” she said.

Alia said what irritates her the most are the rumours around her wedding. “When I met him for the first time in my life. Again, let me tell you he’s not difficult. He’s a supremely simple person.

He’s such a nice human being that I wish I was as good as him. As an actor, as a person, as everything. He’s way better a person than I am.

And about getting married? Well, that’s the only thing that’s irritating right now. Every morning I wake up to the news that I’m getting married. I tell him what the hell. I guess he’s used to it,” she said.

Ranbir and Alia will soon be seen together in Ayan Mukerji’s Brahmastra. Earlier in June, the two were spotted going to Kashi Viswanath temple in Varanasi.

A few weeks before that, pictures of the duo posing at the city’s famous Ramnagar Fort and Chet Singh Fort had also gone viral.