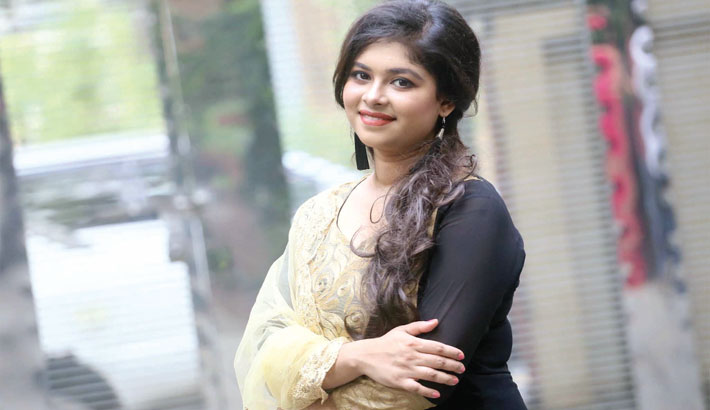 To pay tribute to the Ekushey Padak-winning lyricist and music director Ahmed Imtiaz Bulbul, audio-video production company Anupam Recording Media has taken the initiative aiming at reintroducing the popular song, written and tuned by Bulbul himself.

Talking about the new arrangement of the song Luipa said, “To pay tribute to Ahmed Imtiaz Bulbul sir, I have tried my best while rendering the song. The audience will judge the matter. I always try to give my highest effort to sing a song and, this song was no difference. I think the audience will like the song”.

The song ‘Tumi Mor Jiboner Bhabona’ was used for the first time in the film Ananodo Asru directed by Shibli Sadik in 1996. Singer Kanak Chapa lent her voice to the song at that time.

In this time, Mir Masum has rearranged the song while the music video of the song has been directed by Soumitro Ghosh Emon. The song will be released in upcoming Eid-ul-Azha.