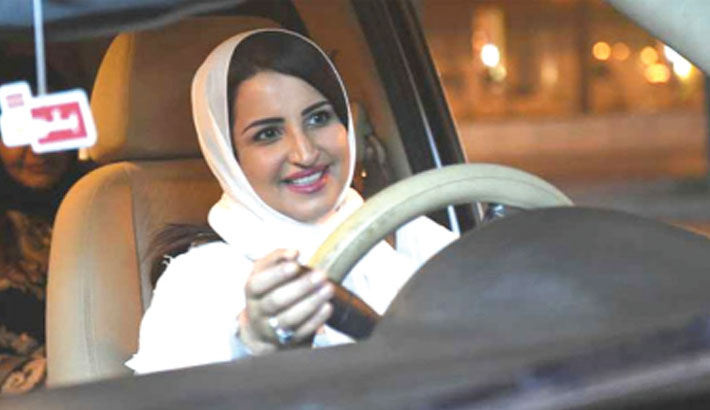 Buckling up in a pearl-silver Lexus, Sabeeha al-Fakher takes the wheel and relegates her son to the passenger seat, a role reversal the 68-year-old Saudi widow never imagined would be possible in her lifetime. Until June 24 last year, the act would have been considered a crime in Saudi Arabia, where hardliners have preached for decades that allowing women to drive would promote gender mixing and promiscuity, reports AFP.

Overturning the world’s only ban on female drivers has potentially put thousands of women behind the wheel in the most visible symbol of the conservative kingdom’s modernisation drive.

Among them is Fakher, a mother-of-five who never thought she would see the reform, which ushered in a new era of freedom and mobility for women.

“I still don’t believe it,” she said, zipping past younger drivers in her native eastern city of Qatif.

Her husband, who passed away a decade ago, secretly taught her how to drive during trips to neighbouring Bahrain in the 1990s, despite the risk of infuriating family patriarchs.

The reform has freed many Saudi women from their dependence on private chauffeurs and male relatives.

“We feel like (we were) in a cage before,” said Munirah al-Sinani, a 72-year-old mother of four, driving in the nearby city of Dhahran with her husband in the passenger seat.

“Open the cage. We fly, we go wherever.”

The move was part of Crown Prince Mohammed bin Salman’s much-trumpeted reform drive aimed at overhauling the conservative petro-state, long criticised over its treatment of women.