A Battle of No Hopers 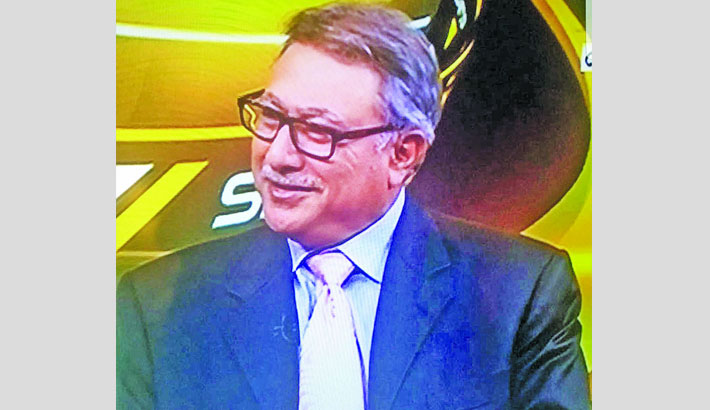 The defeat of England, the favorite of the ICC World Cup 2019, after being comprehensively beaten by Sri Lanka may have placed the tournament interestingly. The hosts have Australians, Kiwis and Indians as their remaining opponents and the two teams who’ve been languishing at the bottom part of the standings namely Pakistan and Sri Lanka have beaten Eoin Morgan’s side to make matters worse. England now find themselves in a tantalising position as far as their qualifying for the top four is concerned.

Sri Lankans have always been known to be giant killers on their day and have always been in the reckoning for a shot at the title despite being a team not making a great deal of sound during the course of any major tournament. Always known to produce world class players and after causing a great sensation by winning the 1996 World Cup the Islanders have always produced exhilarating cricket and cricketers alike.  Not only have they set the stands alight but have actually won many a championship be it the World Cup or the Asia Cup and if the victory against England works as a fillip then the Sri Lankans emerging as a probable Dark Horse of the tournament is very much on the cards.

Bangladesh on the other hand have beaten two top sides and have shown good account of themselves in the three matches that they have lost, the last being against Australia where they scored their highest ever one day score of 333 runs in a mammoth run chase albeit futile. The three remaining matches are against the Asian sides, all of whom they have beaten on several occasions and have even won bilateral series as well.

To qualify for the top four position the Bangladeshi’s have to ensure that they do not flounder on the field as their below par bowling side requires more than hundred per cent backing up by the fielders who have to convert half chances in to full ones. Soumya Sarkar once again seems to have found himself in his common territory of inconsistency as runs seem to have deserted him post Ireland series. A brilliant batsman on his day and a very destructive one at that it is time before both Tamim Iqbal and Soumya Sarkar stitched partnerships that could be a launching pad for the batsmen to come in the remaining matches.

Mashrafe Mortaza couldn’t have wished for any better as all his major batsmen in the side are amongst the runs sans Soumya Sarkar who could finally find his bearings against the Afghanistan side tomorrow. Having had the ignominy of losing 3-0 in a T20 series a year or so back the Bangladeshi’s superiority during the 2015 World Cup should give them added impetus besides being in tremendous form during the course of this World Cup. One could only hope that the Bangladesh goes to the match tomorrow at the Hampshire Bowl with a fully fit side as concerns regarding Mohd Saifuddins fitness still appears to be hovering over a bit of uncertainty even though Mosaddeque Hossain has been cleared fit to play.

The Pakistan-South Africa encounter will be a battle between two sides who would look to redeem themselves rather than any great likelihood of being in the semi final race. Unfortunate for two highly potential sides but early losses in the tournament have deprived both sides of being any threat for sides in their quest for the race.

The Pakistan cricket board have already expressed their dissatisfaction at the performance of their sides efforts during the tournament and might bring in a whole sale change in their set up. Sarfaraz Ahmed may finally be given the boot as the captain had been retained as captain despite being a failure at the helm. The first match at Lords and at the Mecca of cricket both sides would lock horns to impress on the day and given the venue that they play today.