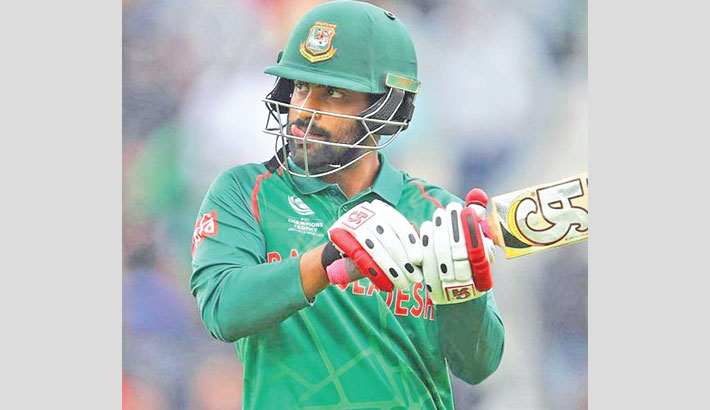 Bangladesh opener Tamim Iqbal’s strike rate came under became a source of criticism as many believe it is not appropriate considering the run-fests in the ongoing ICC World Cup 2019.

According to many former cricketers his approach is very effective in Bangladesh considering that suits the style of the host against international teams but however it is not appropriate in English condition where batsmen are scoring more than run a ball.

And now if we consider Tamim’s career into two parts namely from 2007 to March 2015,  Tamim scored 4,125 runs with 4 centuries and his strike rate was 77.49 in that time and in his better part of the career from 2015 to June 2019, Tamim played 57 matches, he scored 2680 runs in those matches and his average is 54.69 runs and strike rate of 77.49, so we can clearly see that there is not much difference in his strike rate throughout, his strike rate was always like this.

Before the World Cup, Tamim talked to the press about his slow strike rate where he mentioned that he is playing in this manner to serve the purpose of the team,

“The team has given me a role and it is to play long innings, to protect one end,” said Tamim.

“And for this I am starting slow,” he said while he added recently that he is not interested to have pitches like England’s in Bangladesh which only validates the point that he is comfortable playing at the pace he is playing.

“There is nothing to worry about Tamim’s strike rate, rather the fact that he is not scoring runs in this World Cup, should be the talking point,” Fahim said.

“For Tamim, what happens is that he starts cautiously, then gets set and score runs.  I don’t see any point of contention about his strike rate. Our team plan is that, he should not throw his wicket away. His strike rate is not a matter of concern but his current form is,” Fahim added.

After ICC World Cup 2015 Tamim’s performance has been phenomenal, he is the highest scorer for Bangladesh during this time frame. The other three pillars of Bangladesh cricket Shakib, Mushfiq and Riyad scored less runs but their strike rate was much higher.

Tamim is getting 3 more matches in the group stage to improve his strike rate, against Afghanistan, India and Pakistan respectively. And all three matches are must win games for Bangladesh. Bangladesh will face Afghanistan on June 24 in a do or die match.