Akshay reveals how yoga helped her mother after knee surgery 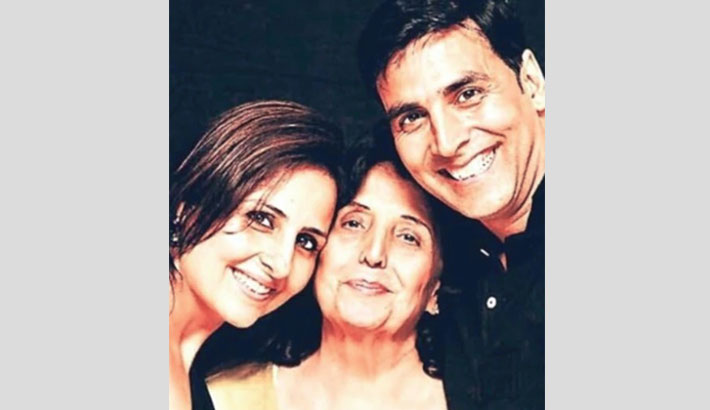 Akshay Kumar is perhaps the fittest Hindi film actor today who has embraced fitness and discipline as a way of life. The 51-year-old star often shares encouraging posts featuring his family members – wife Twinkle Khanna, son Aarav and daughter Nitaara – and how they stay fit, but on International Yoga Day on Friday, he shared a photo of his mother doing yoga, reports Hindustan Times.

Inspired by Akshay, his fans also shared inspiring stories of their mothers. A fan shared a photo of his mother, an amputee, and wrote, “An amputee, a survivor of a terminal disease and now a yoga championmy maa...my superhero #YogaDay2019.” Akshay replied to the fan, writing, “She is a supermom.” Akshay is at present shooting for Sooryavanshi with Rohit Shetty; the film stars Katrina Kaif as the leading lady. A part of Shetty’s cop universe, the film will present the actor as a police officer, Veer Sooryavanshi.

He will be recreating his chartbuster Tip Tip Barsa Paani in the film. He said, “I would’ve definitely been disappointed if any other actor would’ve recreated Tip Tip Barsa Paani, a song which has been synonymous with me & my career & I can’t thank Ratan Jain ji enough. At times like these you realize, we may have come a long way but we also go back a long way.”