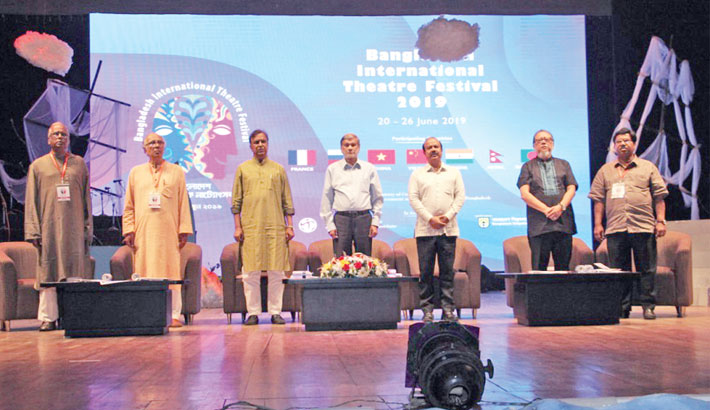 Guests are seen at the inaugural ceremony of Bangladesh International Theatre Festival at Shilpakala Academy in the capital on Thursday.

Bangladesh, China, India, Vietnam, Nepal, France and Russia have been participating on the festival.

The festival will continue till June 26.