Another Virtuoso Performance on Cards 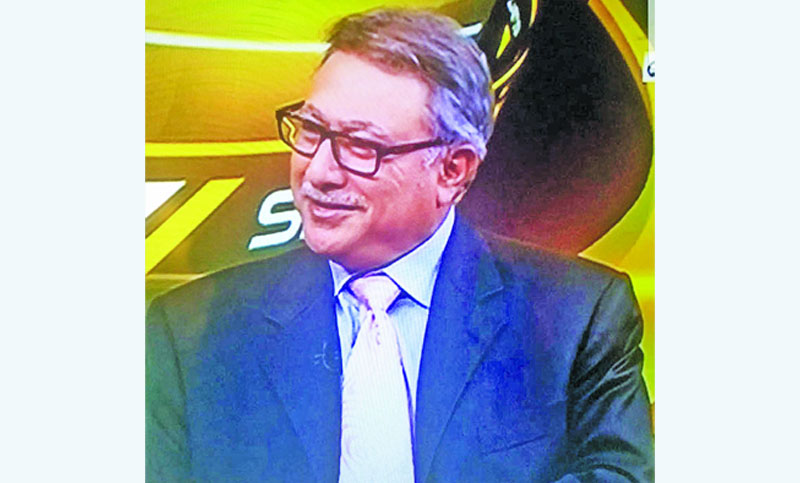 The talismanic all-rounder Shakib Al Hasan has been the reason for the opposition teams working out strategies basing on what he is able to let go either as a bowler or as a batsman. The Australians have summoned Ashton Agar, the left arm spinner from back home, to extend the team some real time bowling in the nets preparing themselves in order to face Shakib. Such is the impact of the Bangladesh all-rounder that despite his prolific form with the bat it is actually his bowling that the Aussies consider as a cause for concern rather than his batting. It wasn’t too long that Shakib spun the Aussies into submission by taking 10 wickets in a test match in Dhaka and won the match all on his own. Therefore, it is only understandable that the Aussies are putting in extra time and taking extra initiative to combat the skills of the Bangladeshi all-rounder.

The ICC World Cup 2019 has been a roller coaster ride for the phlegmatic all-rounder Shakib Al Hasan who Ricky Ponting had tipped as the most dangerous player ahead of the commencement of the tournament. With two consecutive hundreds and two fifties as well along with the five wickets that he has picked up, the former Bangladeshi captain just seems to be picking his moments and seems to be a man possessed. Embroiled in a bit of controversy prior to leaving before the World Cup Shakib Al Hasan has showed during the course of the tournament how special a talent Bangladesh have in its possession. Not having the most conventional technique, Shakib by virtue of his quick hand eye coordination and a pair of supple wrists has been able to negotiate most effectively the fastest of bowlers in the tournament.

Playing with a lot more authority and assurance despite being a player who has been groomed up in the low and slow wickets, it is the manner in which Shakib Al Hasan is able to work out deliveries from close to his body playing to the backward to mid-off and mid-on region to even the backwards of square leg position with exquisite timing and power and with the minimum of fuss. Tamim Iqbal, yet another player amongst the Bangladesh ranks who has earned the respect from his oppositions for being a prolific run scorer in world cricket today is expected to give the top order the right impetus. The left hander with his wide repertoire of strokes and aggressive intent has held the fort for Bangladesh along with Mushfiqur Rahim, the diminutive wicket keeper batsman is expected to play a leading role in their bid to beat Australia and move on to enhance their semi-final prospects.

Mashrafe  Mortaza, the Bangladesh captain besides his own bowling that needs to be a lot more effective than it has been so far during the tournament it will be the batting strength more than its bowling resources that he’ll rely upon to make match winning contributions today at Trent Bridge. Liton Das’ magnificent unbeaten innings of 94 runs off 69 deliveries couldn’t have come at a better time and was able to show in the process the special talent that the youngster possesses. Along with Soumya Sarkar who also with his belligerent shot making abilities has set the stands alight and once in the groove the left handed opening partner of Tamim Iqbal can pulverise any bowling attack on his day.

With the likes of David Warner, Aaron Finch, Steve Smith and others it will be Mitchel Starc’s fast swinging yorkers that the Bangladeshi batsmen will be wary of. No longer the threat that the mighty Australians used to be in the not too distant past, it is their ‘Never say die’ attitude that the Bangladesh players will have to contend with should they seek to go one step further. More than relying on Shakib Al Hasan alone the match today will have to be an encounter which would need note-worthy contributions from the senior pros like skipper Mashrafe Mortaza himself along with Mushfiqur Rahim and Tamim both of whom have had no telling effects as such as of yet.