I failed to fulfill my expectations: Liton 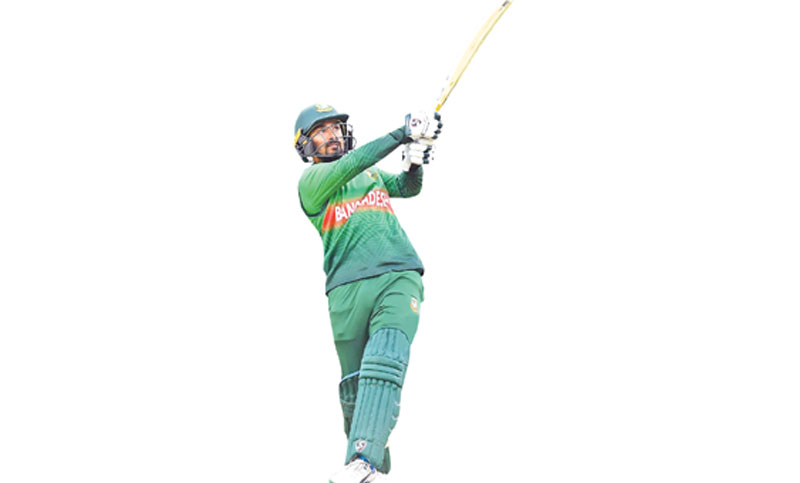 Liton Das suddenly started hogging the spot light, thanks to his brilliant innings against Caribbeans which helped Bangladesh earn a crucial win against West Indies. Coming into number five he adapted beautifully in the middle-order to seize the opportunity provided by the team management. Still, Liton is haunted not to have contributed on regular basis at the international level. Liton spoke to daily sun about his preparations in an exclusive interview on Wednesday.

daily sun: You are regarded as one of the most talented batsman of your generation. Do you feel that you have done justice to your talent?

Liton Das: Firstly I came to know it from you that I am considered to be one of the most talented batsmen of my generation because this is something I was not aware of to be honest. I am not too media savvy and perhaps that is sole reason behind my ignorance about my potential. Honestly speaking I don’t believe it because there are so many good cricketers around whom I consider to be extremely talented. Secondly, like everyone else even I am well aware that I failed to perform according to my ability at international level.

daily sun: But no one doubts your potential as a cricketer and you had already shown glimpses of your ability in some of your innings.

daily sun: Which are you making mistakes then?

Liton Das: I am still searching for the answer of this question. The only thing that I am focusing is maintaining the same batting process that had got me so far. When you are not making runs naturally uncertainty creeps in your mind and you begin to doubt your own game. At least for me that is not the case yet and I firmly believe that my faith on my game will eventually pay off despite not being very successful yet.

daily sun: What are your own assessments about your batting?

Liton Das: To be honest my only goal is to survive the opening 10 overs when I go to bat. Somehow I am failing to survive that long because if any batsman can successfully cross the initial storm batting become much easier for him.

daily sun: How are you preparing for the upcoming World Cup?

Liton Das: I don’t know how to explain my preparation regime. We all know we cannot prepare in similar condition that is expected to be available during ICC World Cup 2019. I think my preparation started from our Tour of Ireland as we played in a condition that is close to the one that we are expecting in England. If I can adapt to the conditions quickly that would be ideal for me.

daily sun: You first came into prominence ahead of the World Cup 2015 but failed to make the cut at the end. Now after four years you are expected to be leading the batting unit of Bangladesh. Do you feel that you are now much more prepared to take up the challenge of performing in the big stage?

Liton Das: Firstly I was not thinking anything in 2015 as far as being featured in the ICC World Cup 2019 is concerned because till that time I hardly had any taste of international cricket. Now you can say that I am much more equipped because during the meantime, I had the opportunity of playing few international matches, couple of series and few highly competitive tournaments.

daily sun: Can you explain your role at the top because there are several instances where you were out while trying to take chances to accelerate the run-rate? As we all know Tamim Iqbal will play the sheet anchor role so does that imply his partners are expected to take the initial risk?

Liton Das: I think it is true that everyone have a particular role in the team but that is not the end of it because how you will respond depends on the basis of match situation. If we are chasing over 350 runs than certainly I have to charge from the very beginning but if the condition is conducive for the bowlers than naturally the role will change because I will try surviving initially before starting to play my shots.

daily sun: Don’t you think you need to bat more aggressively so that Tamim’s batting rhythm is not disturbed? It would have been a different case if he was batting aggressively like the way he used to bat earlier.

Liton Das: I don’t think so because I always batted with an aggressive mindset. To be honest when you are not scoring runs you can make these kind of excuses but I am not that kind of a guy. I always have this gut feeling that I will score come what may perhaps it is just that I am not scoring now.

daily sun: Are you ready to bat down the order?

Liton Das: I never batted down the order (in the recent past). I have to adapt to it and take preparation so that I can make the most out of it now.

daily sun: How did you enjoy batting in the middle-order?

Liton Das: Honestly speaking I was nervous. Only after scoring 30 runs (I was bit relaxed) because initially I was in lot of pressure. I felt everything was against me. But after I scored 30 runs then I realised that I have adjusted with the wicket very well and I will be able play as I want to play. I felt comfortable after scoring 30 runs.

daily sun: Can you tell why you were nervous?

Liton Das: The thing is that I have played in Ireland long time ago, and then I played a match today (Monday). When you will stay out of match for a long time you won’t realise the match feeling. I think at first I was very nervous because I was out of match practice for a long time. Playing in a match is different while fielding and supporting your team is another issue. I was behind in that regard. Playing against West Indies was important because I think when you play a match your nervousness goes away and I think these things will help me a lot in the coming days.

daily sun: You scored a brilliant hundred against India. Do you feel it had only increased expectations?

Liton Das: More than anyone else’s expectation the most important thing for me is to fulfill my expectations and I am extremely sorry to say that I just could not meet up my expectations to a certain extent. Yes that hundred gave me lot of confidence but at the same time it is all about execution because no matter how confident you are unless you can execute your plans it won’t be benefit you in the middle. But I can say that as I managed to score against one of the best bowling attacks of the world, certainly I have it in me to do well against any opponent.

daily sun: Tell us something about how you started playing cricket?

Liton Das: I got admitted to BKSP (Bangladesh Krira Shikkha Protisthan) in 2008 but it was not a very easy decision for my family. I am very close to my mother and most of my childhood passed getting scolded by my mother for playing cricket at my home town.  I was the youngest son of my family but when I insisted to join BKSP, she eventually agreed and that opened the door for me to continue my career as a cricketer.

daily sun: Were you an opener from the beginning of your career?

Liton Das: No I used to bat at five or six in the team. One day my coach Montu Dutta said unless you bat at the top how can you become a good batsman? Probably that was the turning point of my career.

daily sun: You seemed to be extremely introverted. Is it actually the case?

Liton Das: Probably I am extremely introverted with people whom I am not very close with. But I am sure all of you will be surprised to see me when I am having fun with my school friends of BKSP.

daily sun: What are you dreams regarding the World Cup?

Liton Das: I always want to contribute for my team in global event and I wanted to play so well in this World Cup that it turns out to be a turning point of my career.