Our Expectations on the World Refugee Day 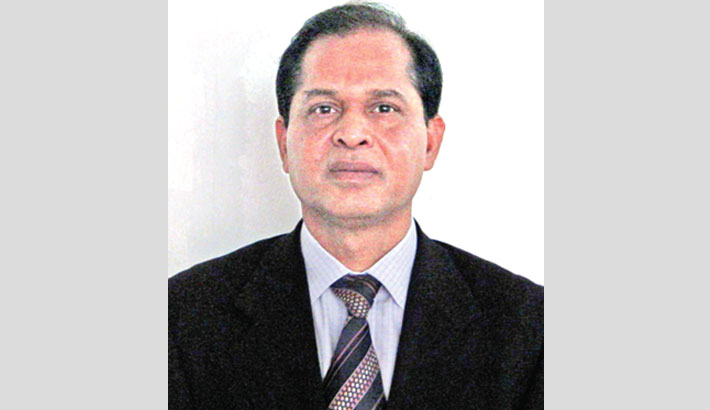 The world celebrates the ‘World Refugee Day’ every year on 20th June. In fact, it is observed all over the world in order to raise public awareness about the conditions of the refugees as well as to support them. On 4 December 2000, the United Nations General Assembly decided, through resolution no. 55/76 to observe World Refugee Day on 17th June every year. However, it was later shifted to 20th June and has been celebrated accordingly every year since 2001. The World Refugee Day celebration of 2001 by the UN marked the 50th anniversary of 1951 Convention relating to the Status of Refugees.

This day reminds us about 1971, when we were forced to leave our country and take shelter in India. The history of inhuman distress and pains of the millions of our people as refugees helps us to easily understand the lives of all refugees in the world. We know that it is not an easy task to break all the ties with the motherland or to leave the ancestors’ lands and to choose a life filled with fear and uncertainty. However, our case was something different. We knew that one day we would be able to free our country from Pakistan’s occupation and will be able to return. And eventually we succeeded to do that. But, these refugees do not see any light of hope about their return to their homeland and thus are devastated with frustration and anguish.

Like Bangladesh, this day is observed in almost all countries of the world involving the UN organisations (particularly the United Nations High Commissioner for Refugees, UNHCR), governments and bureaucrats, civil societies, political parties, humanitarian groups, celebrities as well as the refugees. The theme for this year is “Global Compact on Refugees”. That means, the world community should extend support to those countries who host refugees to ease the pressure on them. At the same time, everyone should come forward with the proposal of re-settlement of the refugees. Truly speaking, a durable solution to this problem is very crucial. Unless and until it is done, no country will be  encouraged to provide shelter to the refugees  in future, and ultimately, the refugees will be deprived of their rights, that means, returning to their own land will become uncertain.

Refugees are generally very vulnerable, especially psychologically and financially. When they are forced to leave their homes on the path of uncertainty, they cannot take anything with them or can only take whatever they can carry. Their minds remain surrounded by the memories and stories of war, violence, riot, hunger, disease, despair and trauma. We must feel the sufferings and pains of these people who have had to flee their own lands due to war, conflict or natural disaster and extend them our allout support in their efforts to survive.

Why and when are people forced to be refugees? The answer to this question is that we all know that political, economic, religious or environmental reasons work behind making a citizen of a country refugee. And the ways of removing those causes are not the same. Resolving the problems of the refugees that occurred due to economic, religious or environmental reasons are not much complex than solving the problems happened due to political reasons. Because of the political context of most of these issues, there is no end of problems in every corner of the world dealing with the refugees or displaced people. Various regional organisations and world leaders, including the United Nations, are always active in this regard. But, due to unwillingness of the governments of the countries concerned or the hostile environment of those countries, re-settlement or repatriation of the refugees becomes difficult. On the other hand, it becomes impossible for any country or organisation to provide shelter and other facilities to the refugees as the number is increasing every day. Generally, expenditure is mostly met from the voluntary contributions. Besides, many countries or organisations also provide in-kind contributions, such as tents, food, medicines, etc. for the refugees.

The recent UNHCR data on refugees says that out of 68.5 million people around the world who have been forced from home, only 25.4 million are refugees. Fifty seven per cent of the refugees came from three countries, such as South Sudan (2.4 million), Afghanistan (2.6 million) and Syria (6.3 million). About 20 million refugees are looked after by UNHCR and 5.4 million Palestinian refugees are registered with the United Nations Relief and Works Agency for Palestine Refugees (UNRWA). UNHCR’s biggest operations are in Afghanistan, Colombia, Democratic Republic of Congo, Mali, Pakistan, Syria, Jordan, Lebanon, Turkey and Iraq. UNRWA is a direct service provider to the Palestine refugees in the Agency’s five mandated areas of operation - the Gaza Strip, West Bank including East Jerusalem, Jordan, Lebanon and Syria.

Although, we are not defining the more than a million Rohingyas who were given shelter in Bangladesh as refugees, but they are staying here like refugees. Due to the heinous atrocities of the military junta and some extremist religious people of Myanmar, these Rohingyas had to leave their homes and take shelter in Bangladesh to save their lives. Our experience as refugees in 1971 has made us lenient to the Rohingyas and finally, the humanity of Prime Minister Sheikh Hasina has opened the door to shelter the Rohingyas in Bangladesh. Despite many of our problems and limitations, Bangladesh has not pushed the Rohingyas to death. Above all, with the supports of the international community, the present government of Bangladesh is doing its best to repatriate and rehabilitate these Rohingyas so that they are able to live in their country with safety and dignity like other communities.

Wherever these people stay as refugees or displaced people, it is normal to grow anger and retaliatory mentality in them. Deprivation and inhuman living condition may submerge them into evil thoughts. Due to this, the security, social system and environment of the host country might fall in risk any moment. Also, nobody can ensure whether the inherent fires of terrorism will spread among those people or not. We know that the UN agencies and many countries of the world, even humanitarian and private voluntary organisations, come forward to provide the refugees shelter and financial supports including food, tents, blankets, medicines, etc. However, it is more important to find out the permanent solution to this problem. That is, the world community should rehabilitate these refugees with safety and dignity in their own country or in any other country willing to take them.

Our appeal to the world community that they, through the United Nations General Assembly, will be able to come to a decision on repatriation and rehabilitation of the refugees so that they can return home and live there with safety and dignity. That decision must be mandatory for all members of the United Nations. In this context, the UNGA might also note that no veto power can be exercised in this case. We believe, this decision will not only give the refugees or displaced people a safe, healthy and normal life in their own land, but will also play a significant role in establishing world peace. This day will be celebrated around the globe next year with that good news. We honestly expect that.