It sheds light on Fidel Castro and Cuban Revolution 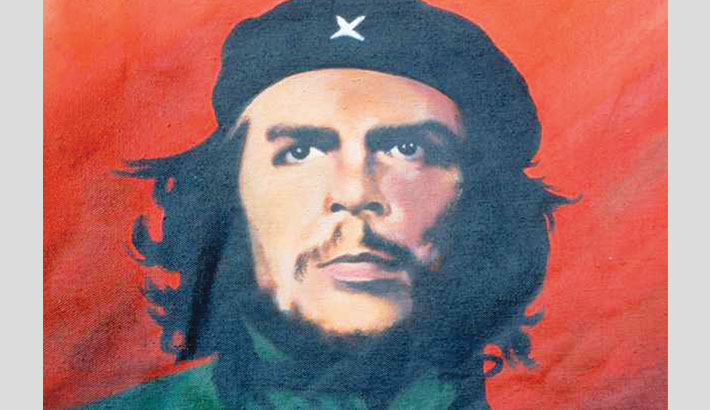 Ernesto Che Guevara was the legendary Argentine-born guerrilla fighter who joined the Cuban revolutionary movement that toppled the Batista dictatorship in 1959. He played a leading role in the early years of the Cuban revolution and made an extraordinary and original contribution to Marxist theory. He died at the hands of CIA assassins in Bolivia in 1967. His life has been dramatised in two recent popular movies: “The Motorcycle Diaries” (directed by Walter Salles, starring Gael García Bernal) and Steven Soderbergh’s epic “Che” (starring Benicio Del Toro).

A diary kept by Che Guevara has come to light that provides fresh insight into his relationship with Fidel Castro and the guerrilla campaign that led to the Cuban revolution. Extracts from notebooks previously thought lost have been published as Diary of a Combatant in Cuba.

Researchers spent years deciphering the handwritten scrawl of the revolutionary icon. The diaries chart the three-year guerrilla campaign which resulted in the overthrow of then-president Gen Fulgencio Batista and brought Fidel Castro to power in 1959.

Argentine-born Ernesto Guevara wrote about his experience from landing on Cuban shores on the yacht Granma on 2 December 1956 to the moment of victory on 1 January 1959.

The diary provides a detailed account of skirmishes in Cuba's Sierra Maestra and the march from the southern tip of the island to the capital Havana. It also gives fresh insight into the relationship between Che and Fidel, the two heroes of the Revolution.

Guevara, who trained as a doctor, had met Fidel when the latter was exiled to Mexico. Together with Castro's younger brother, Raul, the group of 82 rebels landed in Cuba and launched their armed struggle to overthrow Baptista's regime.

Guevara was the first member of the band to be promoted to the top rank of "comandante" by Castro, and after their victory he held the positions of Minister of Industries and president of the central bank. In 1965, he left Cuba with about 100 soldiers to foment a revolution in what was then the Belgian Congo, but it failed and he returned to Cuba to prepare for an ill-fated campaign in Bolivia.

He was captured by the Bolivian military and executed on October 9, 1967 at the age of 39. The new book was edited by the Che Guevara Studies Centre, which is directed by his widow Aleida March. She said it would give readers a real look into the mind of her husband.

"It acknowledges his thoughts, life and work," she said. Some of the notes contained within the diaries were used later by Guevara in his 1963 account of the Sierra Maestra campaign entitled "Episodes of the Cuban Revolutionary War" but the diaries themselves were thought lost.

Researchers said that Guevara kept his diary in hand-written notebooks and that publishing had been delayed until now because some of the papers were missing and the script was hard to decipher.

An earlier account of a road trip through Latin America when Guevara was 23 was published as "The Motorcycle Diaries" and made into a successful film in 2004.

His remains were recovered in Bolivia by a Cuban-Argentina forensic team in 1997 and transferred to Cuba, where they are buried in a war memorial in Santa Clara, 175 miles south east of Havana.

So, unsurprisingly, images are what drew her to “Remembering Che: My Life with Che Guevara”, Aleida March’s memoir of her marriage to Ernesto Che Guevara. The book contains dozens of personal photographs, many published for the first time -- candid pictures of a charismatic and amazingly photogenic couple.

It’s not hard to understand how Che Guevera became the poster child for Latin American revolution. There’s an energy -- a directness -- in his eyes that’s hard to look away from. Even in his later years, when he frequently travelled in disguise and under aliases, that gaze is unmistakable. These photos will be the main draw for all but the hardcore Guevara fan. They, along with the couple’s personal correspondence, provide a definite sense of the man as his family and friends knew him.

Aleida March is as committed to the cause of the revolution in Cuba (her own country, though Che was from Argentina) as was her famous husband. She was involved in the guerrilla movement as a young woman and first met Che while acting as a courier (she delivered a package of money to his camp in the Escambray Mountains). After the overthrow of the Batista government they were married. Aleida took up the role of his personal secretary. She minimises her government service while acknowledging being appointed to the Cuban Delegation to the First Latin American Congress of Women and Children and being an elected officer in the Federation of Cuban Women, an organisation which worked to overcome what she describes as “persistent male chauvinism” in order to fully integrate women into the new Cuban society. It’s obvious that her access to Che gave her knowledge of more than the details of their own life together. She was in a unique position, which makes her able to provide potentially new insights into Che’s political activities.

But Aleida was also the head of the Che Guevara Studies Center in Havana appointed by Fidel Castro himself making her as protective of her husband’s legacy as she has, until now, been of her private memories of their time together. The combination makes remembering Che more than the typical memoir.

Extract from Remembering Che: My Life with Che Guevara is fundamentally a collection of names, dates and locations peppered with personal anecdotes which are interesting. Aleida talks about her husband, the places they travelled, the births of their children, their friends and fellow campesiños. She moves quickly and as a result often deals with events only superficially; including their revolutionary activities (“revolutionary” is a word that’s used a lot). This may be in part because she assumes the reader has also read Guevara’s published diaries.

Aleida chooses to focus instead on Guevara’s long absences after the Cuban Revolution, when he distanced himself from Castro’s government. She describes their meetings (often arranged by Fidel) and the infrequent communications she received from the Congo, Bolivia, and Eastern Europe. Only the most rudimentary details and almost no opinions are given of Che’s activities in these places. The details she told in a prose so carefully worded. Even the major historical incidents of the Cuban Revolution, such as the executions at La Cabaña Fortress and the Bay of Pigs invasion, are allotted only a few, brief sentences. The Cuban Missile Crisis in October 1962 is discussed in two paragraphs.

Despite the years that have passed since October 1962, one can still vividly recall the tension of the days when humanity faced an armed conflict of unimaginable proportions. After the Bay of Pigs, facing the constant threat of a US invasion, Cuba decided to accept the Soviet Union’s offer to have nuclear missiles on their territory. We regarded this as a legitimate act of defence of their sovereignty.

The location of these strategic arms was detected by spy planes and denounced by the US government. Unfortunately, when the crisis came to a head, Cuba was not consulted and the revolutionary government was forced to take a principled stand, refusing to succumb to the threats of imperialism.

She then goes on to quote briefly from Che’s farewell letter to Fidel Castro, in which he expresses the pride he felt during those “brilliant yet sad days” ... and that’s it. A book about the man who engineered the entire Cuban-Soviet relationship and that’s all we get.

Aleida March was a guerrilla, an eyewitness to history. She served on government committees, attended university and taught students as part of her husband’s literacy programme. She also had the ear of high ranking officials and represented her country internationally ... all while raising five children virtually alone.

She recalls how Che initially had to convince her of the merits of Communism -- so she obviously has a mind and opinions of her own. In this book's Afterword, she expresses regret at not having "sufficiently acknowledged many compañeras, women who played a key role in our struggle."

Aleida's memoir gives us a good personal portrait of Che - who, like it or not, is viewed at a heroic perspective by many of his contemporaries. It does not provide the salacious details or irrelevant armchair psychoanalysis common to American memoirs, which is perhaps the source of disappointment for some.

Aleida acted as Che's personal secretary. She was with him both at home and at work. She participated in the government and obviously interacted with both Fidel and Raul Castro.

It was a good introduction into the lives of those leading the Cuban Revolution. People that gave more than their share to end the oppression of the poor and uneducated, their sacrifices, their happiness and sadness and most of all their vision for equality, are told in this edition.

At long last, we wish to remember the words of Fidel Castro, "Thanks to Che’s invariable habit of noting the main events of each day, we have rigorously exact, priceless and detailed information on the heroic final moments of his life in Bolivia.”

The writer is a senior citizen, writes on politics, political and human-centred figures, current and international affairs.