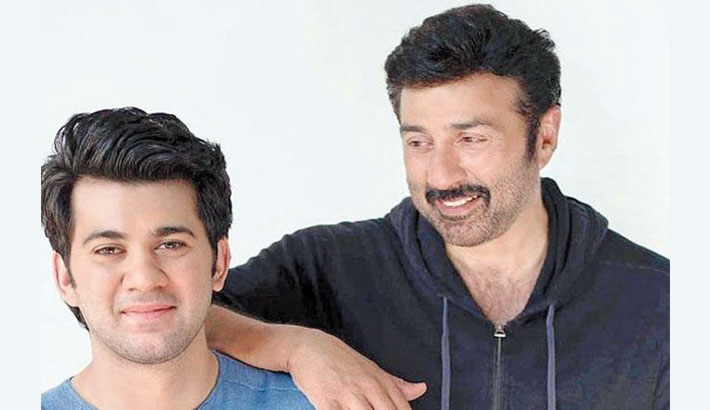 Weeks after he won the elections from the Gurdaspur constituency, actor-turned-MP Sunny Deol attended his first session of the 17th Lok Sabha at the Parliament House in New Delhi yesterday. With his political duties taking centre-stage, Deol has decided to push the release of his son Karan's launch pad, Pal Pal Dil Ke Paas, reports mid-day.

The youngster, who is the third generation of the family to foray into the movies, will now have a date with the audience only on September 20 instead of July 19.

In doing so, it will clash with Sonam K Ahuja's The Zoya Factor. A source working closely on the Deol-directed film reveals, "Ever since his victory in Gurdaspur last month, Sunny has been busy taking stock of the situation and planning various measures that need to be implemented in the city. Knowing the important role that a debut vehicle plays in an actor's career all too well, Sunny doesn't want to give divided attention to Pal Pal Dil Ke Paas. So, he thought it best to push the love story by two months."

While the Sahher Bambba- starrer is currently on the editing table, the source adds that the title track is yet to be shot.

"There are two to three days of shoot left on the song. Sunny is expected to be back in the city by the weekend and train his focus on the film.

The post-production is simultaneously going on." Confirming the news, Deol's spokesperson said, "The film is now coming on September 20.

The actor was busy with his political duties because of which a bit of post-production work is remaining and that will be completed soon."